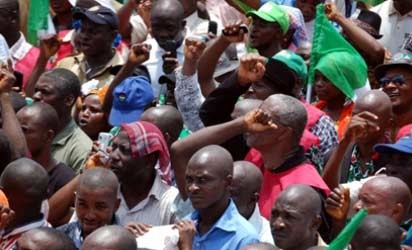 The Bayelsa Ministry of Local Government Administration on Wednesday decried the dwindling revenue accruing to the councils, resulting in their inability to pay workers’ salaries.

Goma, in a statement on Wednesday, said the state had received from the Federal Account, the sum of N1.11 billion accruing to the eight local governments for the month of June 2017.

According to her, the money is insufficient for the councils to meet their salary obligations to local government.

“After the statutory deductions of N70 million for pensions, staff training, and bailout repayments of N16.28 million, the net allocation amounts to N1.02 billion.

“With a local government workers’ salary bill of N609.17 million and primary school staff salary of N648.73 million, amounting to N1.26 billion, there will be a shortfall of about N233.2 million.

“This means that without some assistance/support, the June 2017 federal allocation to the councils will not be able to pay the salaries of workers.

The commissioner noted that persistent shortfalls had continued in spite of the intervention efforts by the present administration.

The intervention, she said, included civil service reforms and other policies aimed at addressing the huge wage bills and other fiscal challenges.

She applauded Governor Seriake Dickson for non-interference in the local government funds in the state and all the support he had provided in the form of policies, administrative guidelines and financial bailouts.

The national headquarters of the National Union of Local Government Employees (NULGE) in June listed Bayelsa as the most indebted of 23 states with 16 months’ salary backlog.