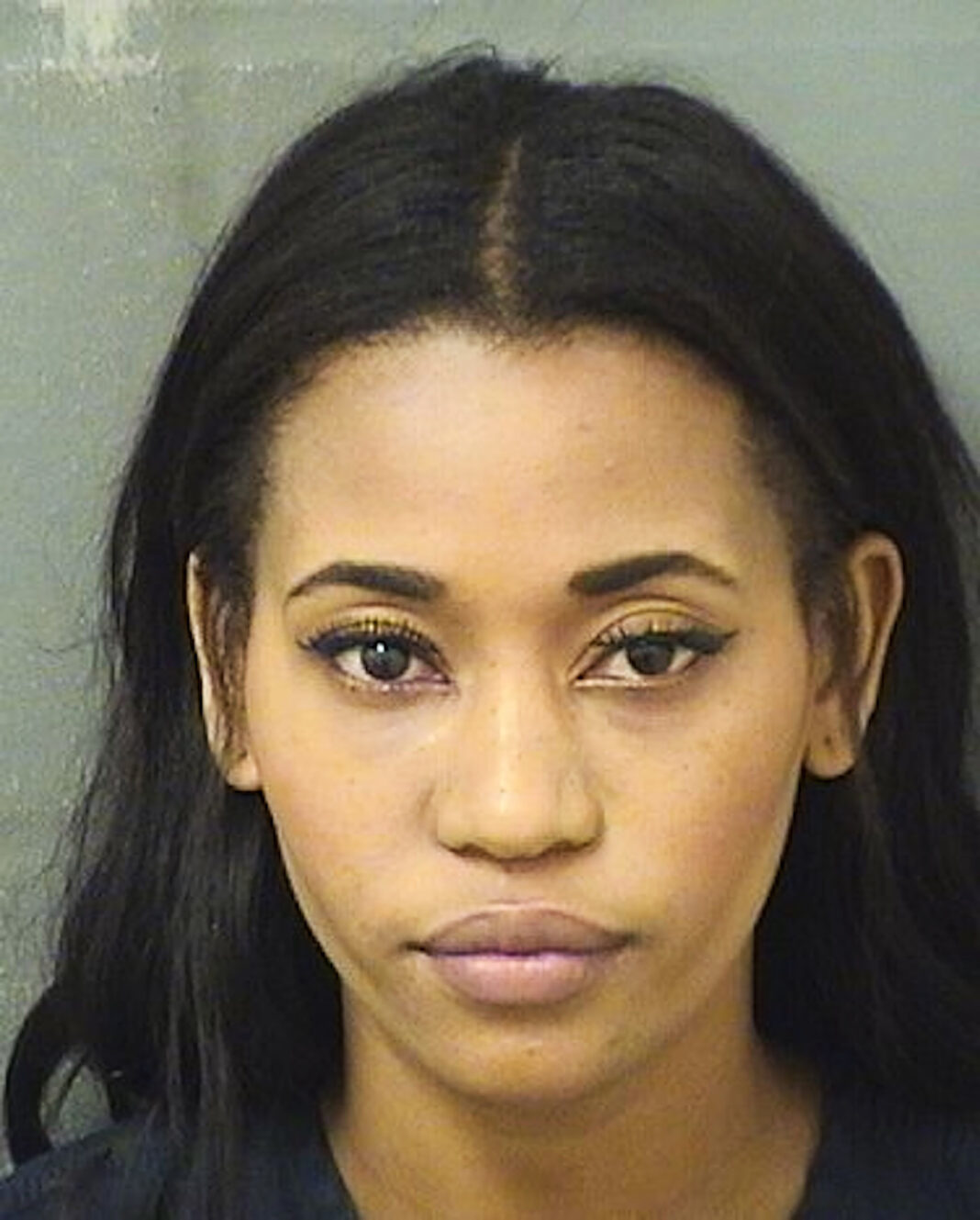 Bachelor Nation’s Mugshots Over the Years

The U.S. Army veteran, 29, had “bloodshot glassy eyes, slurred speech and the odor of an unknown alcoholic beverage emitting from her breath as she talked,” according to the arrest report obtained by Us Weekly.

The arresting officer said in the report that Sharpe “was still in the driver’s seat” of her Honda when he was dispatched to the scene, despite being involved in a single-car collision moments earlier. After being read her Miranda rights, Sharpe “stated … that she was driving her car and could not remember exactly” what happened. She also admitted to drinking “a couple beers prior to driving,” according to the officer.

The arrest report goes on to detail the multiple field sobriety tests that the reality star failed. Each of her eyes had a “lack of smooth pursuit” and “a distinct and sustained nystagmus at maximum deviation,” or involuntary eye movements. She was also “unable to maintain balance” and “had a sway as she walked” during a walk-and-turn exercise. Additionally, she repeatedly missed her nose during a finger-to-nose test.

“She was then placed under arrest and transported to the county jail,” the police officer said in the report, noting that Sharpe twice refused to take a breathalyzer test at the jail.

The Fort Lauderdale, Florida, resident was booked at 6:33 a.m. and released on her own recognizance at 11:59 a.m. She is scheduled to be arraigned on March 9.

‘Bachelor’ and ‘Bachelorette’ Alums Who Went Back to Their Day Jobs

Not long after her DUI arrest, Sharpe shared a video on her Instagram Stories of her friend driving her around. She captioned the post, “But did you die though??”

The Haiti native competed on Ben Higgins’ season of The Bachelor in 2016 before trying to find love on Bachelor in Paradise seasons 3 and 5. She ultimately quit the 2018 installment of the ABC summer series and went home single.

Listen on Spotify to Us Weekly’s Hot Hollywood as each week the editors of Us break down the hottest entertainment news stories!