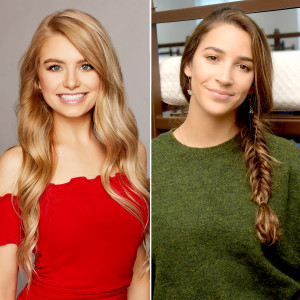 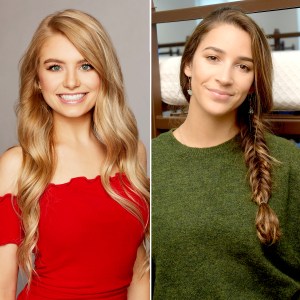 Burnett, 23, hasn’t shied away from actively pursuing the former NFL player, 26, on the 23rd season of The Bachelor and has expressed her concerns about his previous relationships.

“I think Colton will realize he needs a girl in his life that is more bold and confident and will take a bit more of a dominant role,” the interior designer said on the Monday, January 14, episode of the ABC dating series. “I think that Colton is looking for a girl that can take charge and take control. Even if he, like, doesn’t know that he’s looking for that, I think that that’s what he needs.”

She added: “I totally think that Colton’s past relationships, they weren’t very aggressive girls, they weren’t very dominant girls and they didn’t work out for him for a reason. I’m the only one who challenges Colton and I excite him and I make him nervous.”

Tia Booth, who briefly dated the former NFL player during season 5 of Bachelor in Paradise, clapped back at the diss via Twitter later on Monday, writing, “I scared him into dating me for 3 whole days so idk what’s more dominant than that.” 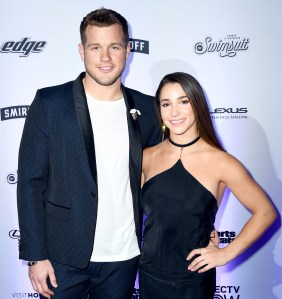 Meanwhile, Bachelor fans took to Twitter on Tuesday, January 15, to defend another one of Underwood’s ex-girlfriends, Olympic gymnast Aly Raisman, who he dated from August 2016 to April 2017.

“Um… what does Demi know about his past relationships? publicly both Becca and Aly Raisman are amazing women that challenged him,” one viewer tweeted. Added another: “Aly Raisman is a strong, dominant goddess.”

Other tweeters stood up for the gold medalist, 24, by referencing her experience with former Team USA doctor Larry Nassar, who was accused of sexual misconduct by more than 141 women and sentenced to life in prison in February 2018. Raisman read a victim impact statement at his sentencing hearing and also gave an empowering speech at the ESPY Awards in July while standing alongside other sexual assault survivors.

Relive the Most Intense ‘Bachelor’ and ‘Bachelorette’ Scandals of All Time

“Demi can’t say that Colton has never dated anyone as bold or confident as her when Aly Raisman helped to take down one of the biggest sexual predators this world has ever seen #TheBachelor,” a fan of the gold medalist tweeted on Tuesday. Another Raisman supporter chimed in, “Demi is clearly wrong af.”

Underwood spoke out about his relationship with Raisman during his appearance on “The Lady Gang” podcast earlier on Tuesday and admitted that their breakup really affected him. “While it was confusing and hard in the beginning, it also taught me a lot about myself, what I need, what I want, what I can do better in a relationship,” he explained. “It was, like, a big growing, a big step for me. It was really tough.”

The Legacy Foundation creator also confessed that the Fierce: How Competing for Myself Changed Everything author was his “first love” and “worst heartbreak.”

Underwood previously addressed his split from Raisman during an exclusive interview with Us Weekly in July. “I have so much love and respect for Aly and the voice that she is and the role model that she is for every young woman out there,” he said at the time.