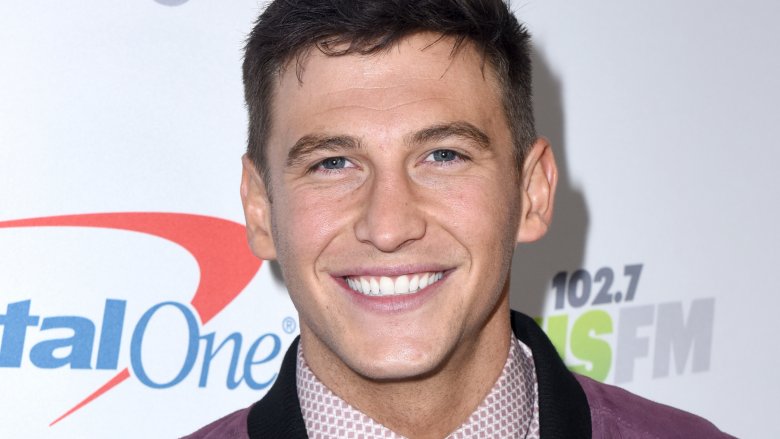 According to Bachelor Nation, Blake Horstmann told the podcast hosts that he wasn’t “quite ready to talk about just how low and dark it got,” but he admitted that his reputation took a major hit between his appearance on The Bachelorette and his time on Bachelor in Paradise. “Coming off of Becca [Kufrin]’s season, I didn’t get too much hate,” he explained. “Then, to suddenly get as much as I did right away, it was really hard.”

He then opened up about his insecurities and feeling “a lot of shame” over his behavior that caused him to “let down a lot of people in [his] life.” These feelings allegedly crept up immediately after the show wrapped and he was back home in Denver. “Right when I got back from the show, before it even started, I was already starting to go into that deep hole of where I just didn’t want to leave my apartment because there were so many people out there that I had disappointed,” he explained.

Horstmanna dmitted that he “lost” himself after in the year between his rejection by Kufrin on The Bachelorette, and being approached to star in Bachelor in Paradise. Before all of this occurred, Blake admitted that he “lost” himself in the “weird” year between getting his heart broken on The Bachelorette and heading to Bachelor in Paradise. His romantic profile changed overnight, and he found himself becoming even more sought after. “I had just come off of this heartbreak and I was distracting myself and filling that emptiness and the void with this attention,” he said.

Blake admitted that his newfound fame made him “feel invulnerable” while he traveled “to different cities a couple times a week” and doing appearances. He claimed he “didn’t take time” for himself, resulting in burnout and depression. However, he claims, once he was “able to forgive” himself, he was “able to get better.”