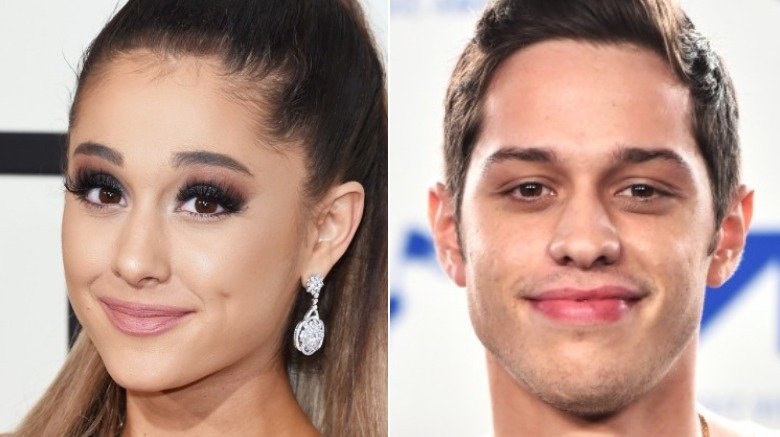 Ariana Grande and Pete Davidson have made their relationship Instagram official.

On Wednesday, May 30, 2018, the Saturday Night Live star took to social media to share a rare snapshot of the rumored couple as they showed off their Harry Potter pride.

“The chamber of secrets has been opened…” Davidson captioned the cute photo, in which he’s sporting a Gryffindor sweatshirt and robe, while the “No Tears Left To Cry” singer wore Slytherin ones. Grande, who recently posted a pic of herself representing her Hogwarts house, later wrote in the comments section, “U tryna slytherin (I’m deleting my account now).”

As Nicki Swift previously reported, rumors that Grande and Davidson, both 24, were dating surfaced just last week. “It just started and is casual,” a source told E! News at the time, noting that the two have known each other since the pop star hosted SNL in 2016.

Earlier this month, Grande split from boyfriend Mac Miller after nearly two years of dating. Meanwhile, Davidson recently confirmed that he and his girlfriend of two years, Cazzie David, had also called it quits.

While the “Side to Side” singer and comedian have yet to publicly confirm their relationship status, they’ve taken to leaving a number of flirty comments on each other’s social media posts.

Davidson, who has spoken openly about his borderline personality disorder diagnosis in the past, also recently defended their alleged romance after online trolls claimed that he couldn’t be in a healthy relationship due to his mental illness.

“I just wanna let you know that’s not true,” he wrote in part in a text-post on his Instagram Stories (via E! News). “Just because someone has a mental illness does not mean they can’t be happy and in a relationship. It also doesn’t mean that person makes the relationship toxic.” The TV star added, “For all those struggling I want you to know that I love you and I understand you and it is going to be okay.”