An injury on vacation led to a 10-year legal battle. Now, this PI is fighting to keep $790K in damages 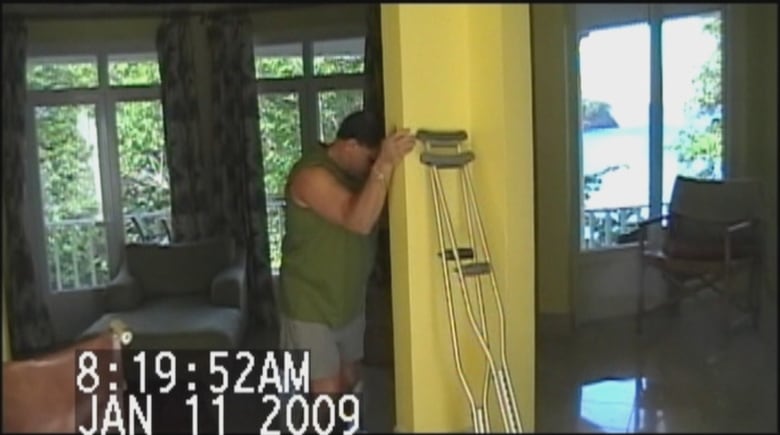 What was supposed to be a relaxing Caribbean vacation for Tom Klatt and his wife after a stressful year instead turned his life upside down.

One of Canada’s most high-profile private investigators, Klatt of Toronto was an active guy before a fall at a Sandals all-inclusive resort in Saint Lucia in 2009 left him with a severe leg injury.

“It destroyed me; to stay fit became a real battle,” Klatt said.  “I want to go for a walk with my son, and well, I can go to the end of the driveway.”

Now 12 years — and a decade-long legal battle — later, Klatt wants to warn Canadian travellers about how hard it is to hold others accountable for injuries sustained on vacation abroad.

Klatt’s case was heard in Ontario Superior Court, but the negligence laws of Saint Lucia applied to the case because that’s where he was injured.

“I didn’t know there is a law in Saint Lucia that says, no matter what happens, the plaintiff is liable for 25 per cent of everything,” Klatt told CBC News.

“We were cautious and I still slipped, and [yet] I’m 25 per cent responsible.”

After that deduction, Klatt was awarded nearly $790,000 in damages, as well as cost of future care, in a decision last year that found negligence on the part of Sandals Regency La Toc Golf Resort and Spa for the fall that caused his injury.

But the lawsuit isn’t over yet.

Sandals is now disputing the decision through the Ontario Court of Appeal. In an email to CBC News, a spokesperson for the company declined an interview request, citing a Sandals Resorts policy not to comment on legal matters.

Stairs ‘designed for someone to fall’: lawyer

Klatt and his wife arrived at the resort on Jan. 4, 2009. After dinner on the couple’s second night there, they returned to their private villa where Klatt slipped and fell on the exterior staircase going down to the suite’s plunge pool.

“There were no rails,” Klatt told CBC News. “I slipped off the second-last step, crashed into the wall and had severe pain in the left leg.”

The staircase’s design, a lack of sufficient lighting and the absence of handrails were all factors in Klatt’s fall, according to Ontario Justice Lorne Sossin. And the combination of factors led the judge to conclude the resort was liable for the injury.

“He was an innocent person walking down the set of steps that were designed for someone to fall,” said Joe Falconeri, Klatt’s lawyer.

When Klatt returned to Toronto, an orthopedic surgeon diagnosed him with a left quadriceps tendon rupture. Klatt underwent surgery to repair the injury, but it ruptured a second time in March of that year. Then 49, Klatt had to have another operation.

“It will never be the same,” Falconeri told CBC News. “It’s very rare to have your quadricep muscles and tendons torn off your kneecap — that’s a pretty bad injury.”

Doctors said that Klatt will need a total knee replacement at some point, a factor the judge considered when awarding the plaintiff future care costs.

Going back to investigate

Klatt says he didn’t decide to sue Sandals until almost a year after his fall, when he returned to the resort in December 2009 to investigate.

“Once I learned how significant the injury was and the chances of me ever skating again, ever kicking a soccer ball, coaching my son — doing any of that — had gone out the window, I wanted to see where I’d fallen and why.”

The retired Toronto police detective and prominent private investigator — he was hired to investigate the murders of billionaires Barry and Honey Sherman in 2017 — visited the villa with a video camera and tape measure while staying in another part of the resort.

“I saw the stairs were odd heights, depths, shapes,” he said. “I was shocked.”

The video Klatt took measuring the stairs was used as evidence in the case and made it possible for his lawyer to get experts to assess the staircase’s design and engineering.

Since Klatt’s injury, a 2012 Supreme Court of Canada decision has made the test for hearing international personal injury cases in Canada more difficult, according to Falconeri.

“It has restricted these kinds of cases in a very significant way,” he told CBC News.

Practically, Klatt worries that means other injured Canadians will have trouble getting a lawyer to take on their case on a contingency basis because of how much more expensive it is to argue a case in another country.

“It doesn’t leave you much recourse,” Klatt said. “I don’t think you’d find too many lawyers that would take on that level of responsibility for something out of the country.”

Given the more stringent test for whether a Canadian court has jurisdiction to hear a case — and how difficult lawsuits can be — Toronto personal injury lawyer David Derfel says fulsome insurance is key for vacations.

“When you travel somewhere there’s absolutely some risk in that,” Derfel said. “Take the responsibility in your own hands and make sure you have a good amount of insurance.”

Klatt echoes those concerns about insurance and hopes by sharing his story that Canadians will have a better idea of what they could be up against abroad.

“You really need to make sure your coverage is proper,” he said. “And know if you do get injured, there may be a big fight on your hands.”