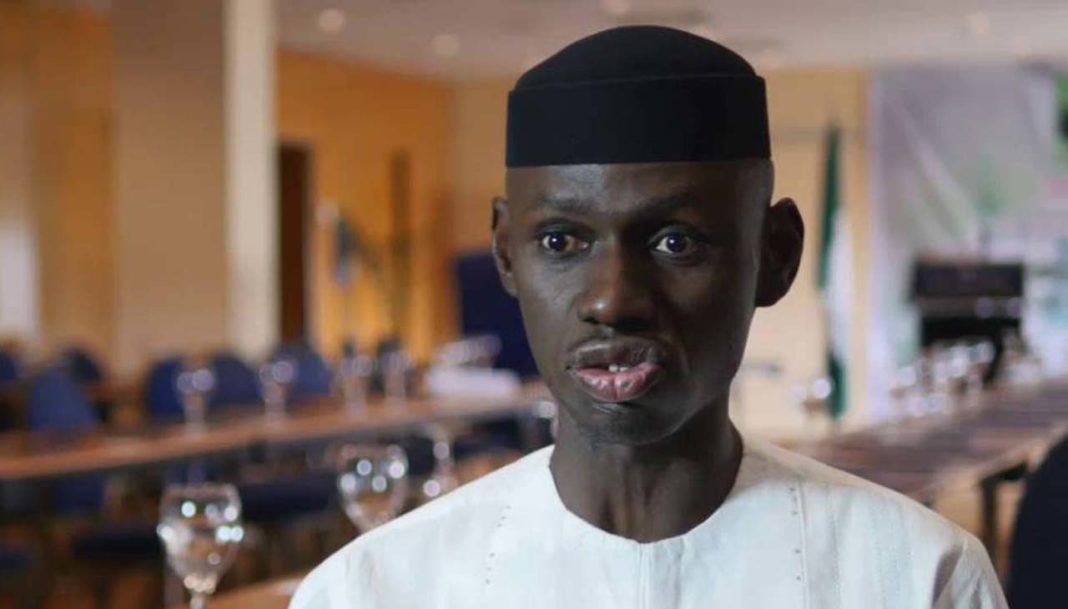 A former Deputy National Publicity Secretary of the All Progressives Congress, APC, Timi Frank, has asked the Senate to withhold the confirmation of Godwin Emefiele for second term as the governor of the Central Bank of Nigeria, CBN, over the leaked audio exposing alleged missing N500 billion under his watch.

Frank said it will amount to disservice to the Nation if the red chamber goes ahead on Emefiele’s confirmation without the public knowing how such a huge amount of money disappeared from the treasury.

The Bayelsa born activist was reacting on Monday to an audio published on Sunday by an online medium, Sahara Reporters.

Frank said in recent times, the media has been awash with so many revelations concerning the Governor of the Central Bank of Nigeria (CBN), Mr. Godwin Emefiele, ranging from the role he played in the money ‘illegally‘ approved for a former National Security Adviser (NSA), Col. Sambo Dasuki to the recent revelation by Dr George Uboh-led Whistleblowers Network, where it was alleged that $2.5billion disappeared under his watch.

In a statement he signed and made available to DAILY POST on Monday, Frank said, “Emefiele must come clean on this audio as well as other issues as it bothers on alleged corrupt practices under his watch.

“I am happy with the dispatch with which the CBN responded to the leaked audio conversation. However, I did not expect anything less than the denial. It is trite that ‘one cannot be a judge in his own case’. Therefore, Let the relevant agencies of government, as well as the National Assembly, investigate these allegations with great depth.

“If the CBN is saying the beginning part of the conversation was omitted, can they provide Nigerians with the full and authentic audio conversation in the interest of transparency and good governance.

“I implore the CBN governor to defend these allegations by himself as he remains a public servant and therefore answerable to the Nigerian people. Anything short of this will amount to covering up.

“I hereby call on the Senate to stand for Nigeria as they have always done. The Senate must not play with the mandate of Nigerians by attempting to confirm Emefiele in the face of this damning allegations. Any attempt to do that will amount to the Senate being complicit on the matter.

“However, having stood firm in the non-confirmation of Ibrahim Magu of the Economic and Financial Crimes Commission (EFCC), based on the report from a security agency, I have no doubt that the Senate will do the right thing in this instance.

“I also call on the EFCC to quickly act on these revelations as they have done in the case of Saraki, the president of the Senate by inviting Emefiele to explain his role in the leaked audio as well as other allegations against him that are now in public domain. If all these figures and amount is confirmed, it will be the mother of all corruption in recent times.

“I implore the EFCC to approach this particular case the same way they are approaching Saraki’s case over properties that were subject of litigation up to the Supreme Court level ( where Saraki was discharged and acquitted)is being investigated all over again. True to their words’Nobody is above the law as stated in Saraki’s case’. Please, apply the same principle here.

“Par-adventure, the EFCC fails to investigate the case at hand, it will become clear that the anti-corruption war is merely a witch hunt on the opposition.

“Let me use this medium to call on the President and the Vice President in particular who is the habit of accusing the previous government of massive corruption to act swiftly on all these allegations and show that he is a true vanguard of anti-corruption drive.

“I hope the President on his part, will not defend Emefiele as he did in the case of Governor Abdullahi Umar Ganduje of Kano State.

“I implore the President to withdraw Emefiele’s nomination to allow for an in-depth investigation of the allegations against the CBN boss.

“Nigerians and members of the international community are watching how this classical case of alleged corrupt practices will be handled.

“The Presidency, the Senate and all other relevant agencies must not play politics with this as it is capable of negatively affecting the economy and investors confidence,” Frank declared.