Aaron Rodgers’ First Tattoo Has Twitter Cracking All The Jokes 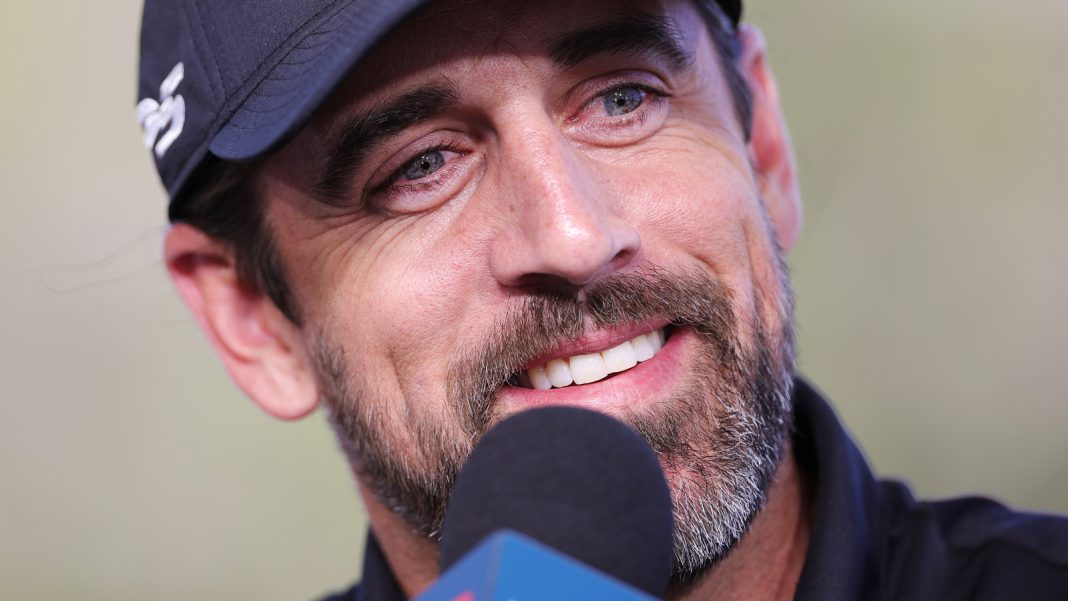 Taking to Instagram on Wednesday, Aaron Rodgers showed off his new tattoo that sits on the inside of his forearm. The tattoo — which features multiple zodiac signs, two lions facing one another, an evil eye, and constellations — has a sentimental meaning that Rodgers said he would reveal at a later date to fans. “There’s a deep and meaningful story and connection to absolutely each element of this art piece, and I’ll share a little more about that one day,” the quarterback wrote, showcasing the artwork.

Yet, despite the hidden, meaningful message the tattoo holds for Rodgers, it didn’t take long for fans to put their two-sense in on the tattoo. Taking to Twitter, one fan wrote that Rodgers’s new tattoo is the “Illuminati confirmed.” Another added that Rodgers’s new ink was the “worst tattoo [they’ve] ever seen.” And fans didn’t stop there. Other fans tweeted they could “smell the essential oils” from the tattoo, and that Rodgers “does shrooms once” and this is what happens after.

While some fans obviously felt a distaste toward the new ink, many came to Rodgers’s defense saying the tattoo was “sick” and is “fire” and there were simply too many haters putting in their opinions. But the hate didn’t seem to impact Rodgers — hopefully it can only go up from here!