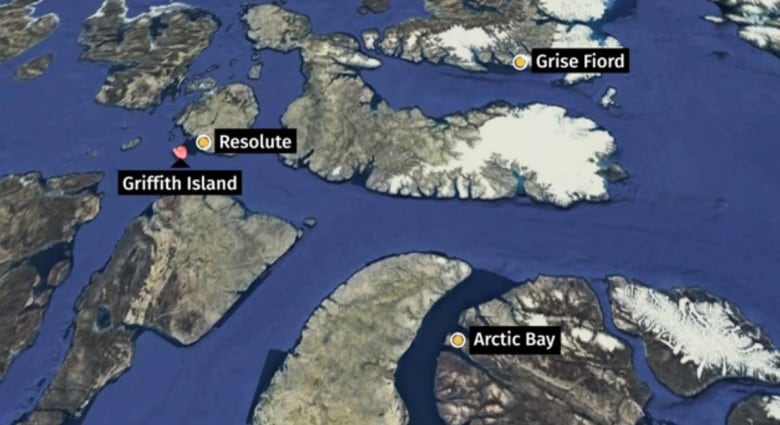 Three people are dead after a helicopter crash near Resolute Bay, Nunavut, during a trip to survey the Lancaster Sound polar bear population, the premier says.

It happened near Griffith Island and involved a Great Slave Helicopters AS350-B2.

A news release on Monday morning from Yellowknife-based Great Slave Helicopters said there were two flight crew and one wildlife biologist on board. No one survived, the company says.

The names of the deceased have not yet been released.

The aircraft debris has been found about 22 kilometres southwest of Resolute Bay, the news release says.

The company said it was notified on Sunday of an overdue aircraft. After failing to make contact with the helicopter, a Twin Otter airplane was sent to its last known position, where the debris was then spotted.

The RCMP, along with the Joint Rescue Co-ordination Centre (JRCC) and Canadian Rangers, sent a team to the crash site, and they arrived early Monday morning. That’s when they confirmed that those on board had died.

A spokesperson for the JRCC said the RCMP are leading the investigation into the crash.

The Transport Safety Board of Canada said it is gathering information and preparing to deploy resources to the area.

Nunavut Premier Joe Savikataaq said in a statement on Monday that he was “devastated to the hear news of a fatal helicopter crash.”

“This is especially hard and personal, as this crash occurred during a trip to survey the Lancaster Sound polar bear population, undertaken by my Department of Environment,” he said.

“As the RCMP work to determine the cause of the crash, I ask you to please keep the victims and their loved ones in your thoughts. Out of respect to those involved, we will not release names until all next of kin are notified.”

In a social media post, N.W.T. Premier Caroline Cochrane extended her condolences to the friends, family and co-workers of those who died in the crash.

“Our thoughts and prayers are with you.”