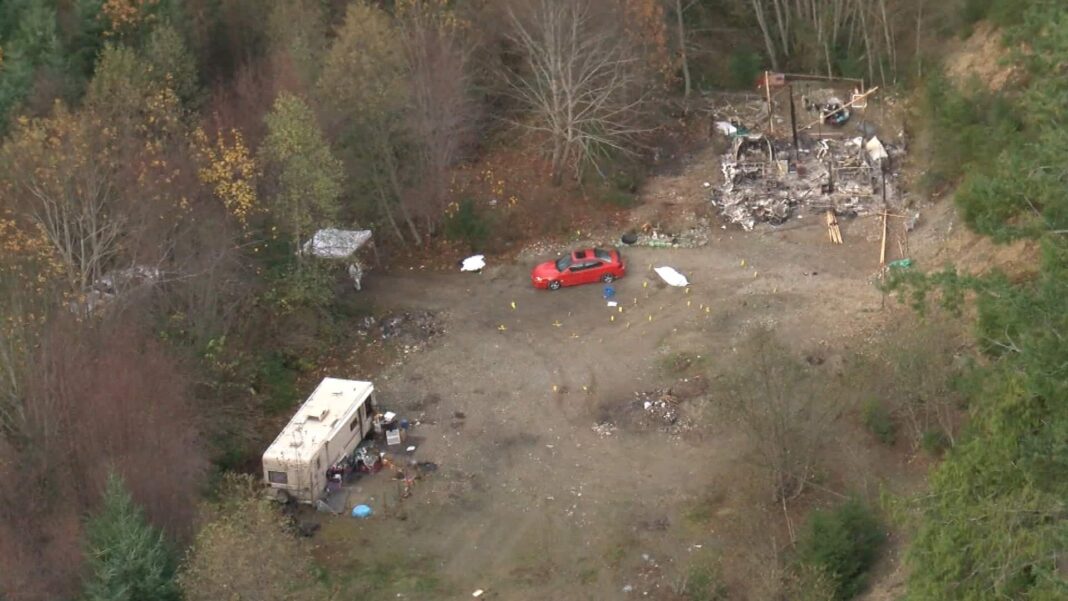 Police are investigating after the discovery Sunday of three bodies and another person who was injured in a popular off-roading area near a rural Vancouver Island community.

RCMP said a man was riding a motorcycle on Melrose Forest Service Road in Qualicum Beach, B.C., shortly after 2 p.m. PT Sunday, when he came across a man who was unresponsive. Qualicum Beach is about 160 kilometres northwest of Victoria.

The motorcyclist immediately called police and other first responders.

Paramedics and police found the man and confirmed he was dead. They found a burnt-out travel trailer nearby with two people dead inside.

They also discovered a man in another trailer who appeared to have been shot. 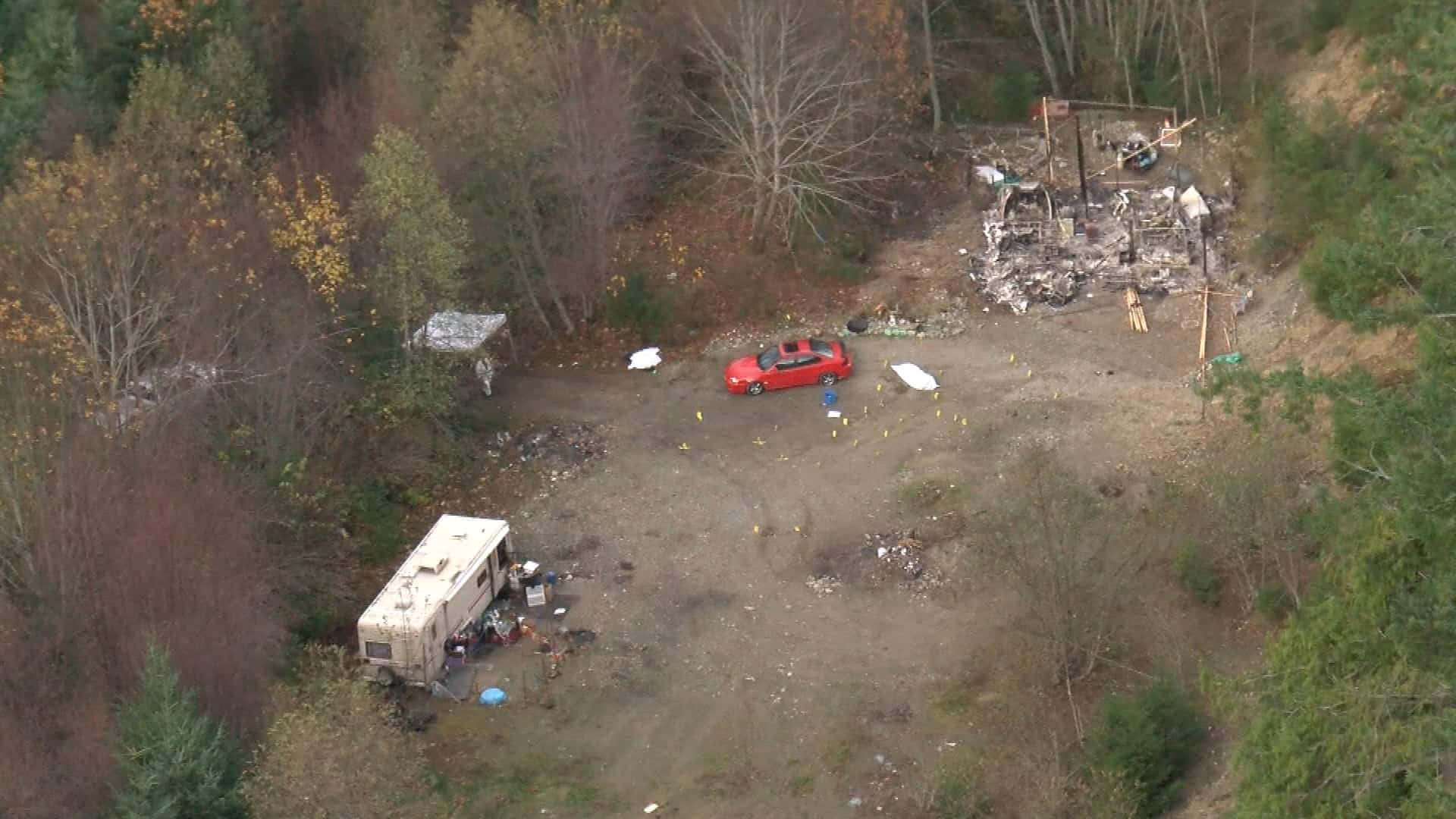 Video recorded from a helicopter shows a crime scene in Whiskey Creek, near Qualicum Beach, B.C. Three people were found dead and another was injured in what police believe was “an isolated incident.” 0:57

B.C. Emergency Health Services said the injured man was taken to the Qualicum Beach airport, where he was airlifted to hospital in critical condition. Police said the man is now stable.

“Initial findings lead investigators to believe that this is an isolated incident between parties well known to one another,” Cpl. Jesse Forman with the RCMP said in a written statement.

“We do not believe there is any ongoing risk to the public.”

Residents said the area where the bodies were found is a popular spot for off-roading recreation.

Mike Johnson was on his way to do some off-road 4×4 driving when he found the area blocked off with a cluster of media in attendance.

Johnson, who lives in nearby Errington, said it’s a quiet area that sometimes gets summer campers and has few problems other than some illegal trash dumping, or the occasional person passed out in the bush from too much to drink.

“This whole area is like a giant off-road park,” he said.

“This kind of thing just doesn’t happen out here.”

High-school student Cooper Selva said he had just returned from dirt-biking in the area when he learned the bodies had been discovered near where he rides with his friends.

“They’re probably dirt bike riders, too, and it scares me,” Selva said. “It makes me just want to stay home and not be active and go outside.”

The Vancouver Island Integrated Major Crime Unit has taken over the investigation.

The B.C. Coroners Service said it is investigating the deaths in the Whiskey Creek area, about 10 minutes southwest of Qualicum Beach.

The coroner did not provide more details, including where the people died or any of their identities.

RCMP are asking anyone with dashcam footage or trail-camera video from the area to call call its tip line at 250-380-6211.