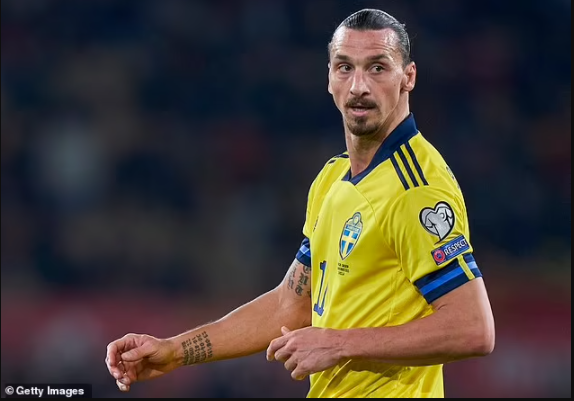 Zlatan Ibrahimovic has revealed that he is not yet ready to call time on his international career despite his country missing out on this year’s World Cup.

Sweden faced Poland in a World Cup play-off on Tuesday but goals from Robert Lewandowski and Piotr Zielinski denied them the chance to book their place in Qatar.

Ibrahimovic came off the bench in the 79th minute but he could not change the scoreline for his country as they saw the World Cup slip through their fingers.

The AC Milan star refused to say if Tuesday’s defeat would be his last match for his country as he admitted he would like to continue playing for Sweden.

When asked if he will still play for Sweden, he told C More, via Metro: ‘I hope so.

‘As long as I can stay healthy and play and contribute something.’

Asked whether he thought Tuesday night would be his last game, he said: ‘There is no answer now.

‘Everyone is disappointed. It’s depressing, but it’s normal when you lose. Everyone wants to play the World Cup and experience a World Cup, but unfortunately, that won’t happen.’

‘If it’s the case that Zlatan wants to be involved and he’s completely healthy – because he has to be, he has to play because otherwise, it will be difficult – then he definitely has something to add still,’ said Andersson.

Ibrahimovic retired from international duty in 2016, but reversed his decision five years later and was called up again in March of last year.