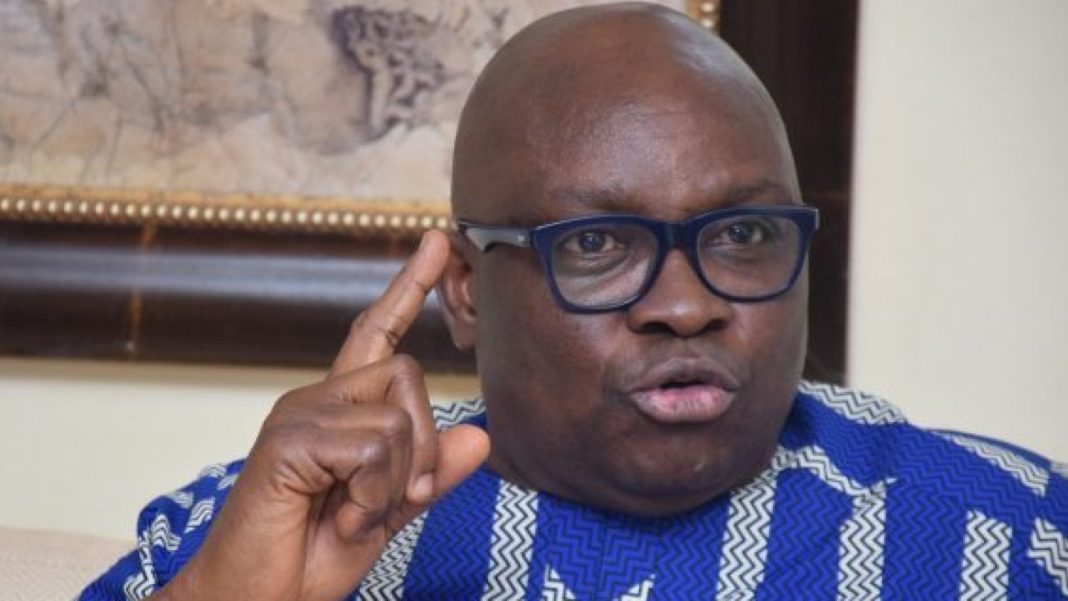 Former governor of Ekiti State, Ayodele Fayose, has re-echoed his fears about that kidnappings and herdsmen menace currently bedeviling the Southwest region and Nigeria at large.

He said the situation won’t end soon until leaders, especially some governors stop seeing themselves as “Cabal Yes Men”.

The former governor said he had warned of the challenge long ago, adding that Nigeria and its people seemed conquered by the menace.

Fayose on Twitter said that unless the leaders and governors in the country act, Nigerians will continue to be defenseless and conquered.

“I warned against kidnappings and herdsmen menace now bedeviling the S/West and Nigeria long ago.

“We have now become conquered people and we will remain defenseless except our leaders and Governors desist from wanting to be seen as “Cabal Yes Men” at the expense of the well-being of the people,” he tweeted.