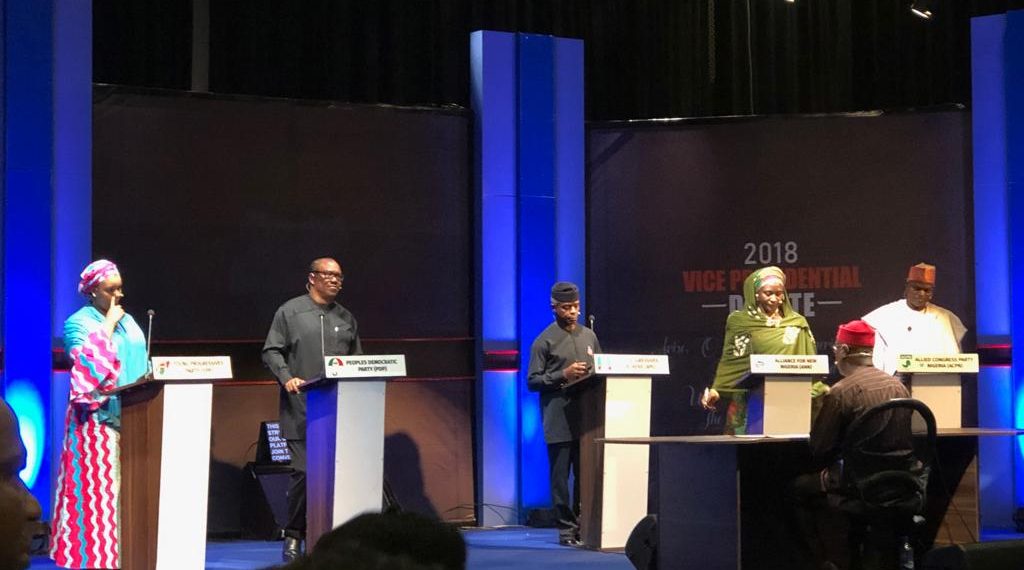 Vice President Prof. Yemi Osinbajo, on Friday said that the foreign policy of the All Progressives Party (APC) would remain the economy and security.

Osinbajo, at the Vice Presidential candidates debate in Abuja, said that the government was working on improving the trade process of the nation.

NAN reports that Osinbajo said a lot of agreements had been entered into between Nigeria and other nations to better the economy of the nation.

“We just set up a trade office and this accounts for some of the work we have been doing.

“Also, some economic partnerships are being entered into with the European Union and we are looking at policies that will benefit Nigeria.

“This is because we are looking at the economic interest of Nigeria in the partnership.”

Osinbajo said that one of the points was that the government would cooperate with Nigeria’s neighbours and that was currently going on to secure the nation’s borders.

He added a multinational joint task force was in place with the nation’s neighbours to combat insurgency, to allow for free trade and other beneficial activities.

Meanwhile, Mr Peter Obi, Vice Presidential candidate of the Peoples Democratic Party (PDP), said that Nigeria had a lot to offer Africa, thus the party would create a policy to achieve that.

Obi said that the party would enter into an international relationship that would be beneficial to the nation and add value to its economy.

He said that this would in turn boost the nation’s economy and create jobs.

“So a policy that will be a win situation for Nigeria where we will stop borrowing but go and learn about how other countries do it so we can replicate it.”

Abdullahi-Iya said that this was imperative to know “who comes and goes out of the nation for security purposes.”

Also,Mr Ganiyu Galadima,Vice presidential candidate, Allied Congress of Nigeria (ACPN), said that Nigeria would partner other nations to leaverage on thier expertise on security.

Galadima said that the party would combat terrorism and create a secured nation where commerce would thrive.

Mrs Umma Getso ,vice presidential candidate of Young Progressives Party (YPP), said that the party would boost the economy and make it attractive to investors.

Getso said that the investors would key into the party’s local content policy to boost local industries.

She said that way, jobs would be created for the youth