Viral Video: You Dey Mad?..You And My T0t0 Na Mate?” Runs Girl Fights Boy Who Refused To Pay The Agreed Amount Of Money After Service. 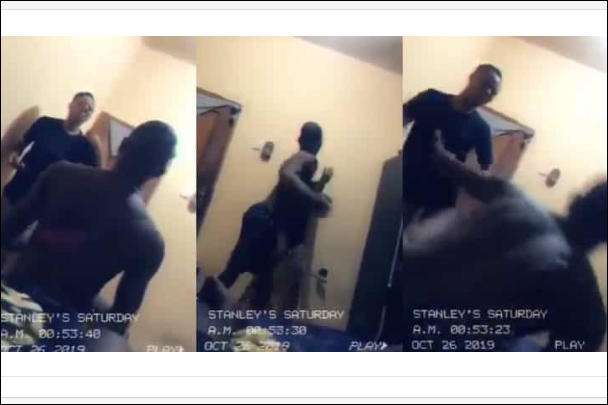 You Dey Mad?..You And My T0t0 Na Mate?” Runs Girl Fights Boy Who Refused To Pay The Agreed Amount Of Money After Service.

refused to transfer the agreed amount of money to her account after service.

In a video which was recorded by a spectator in the room,

the young man attempted to physically as.sault the lady multiple times after refusing to pay her.

The lady who stood her ground and retaliated in the same violent manner, asked the guy whether if ‘he his the mate of her pr*vate part.’

watch the video below;

You dey crase?..you and my t0t0 na mate? – Runs girl asks her customer for refusing to pay after service..