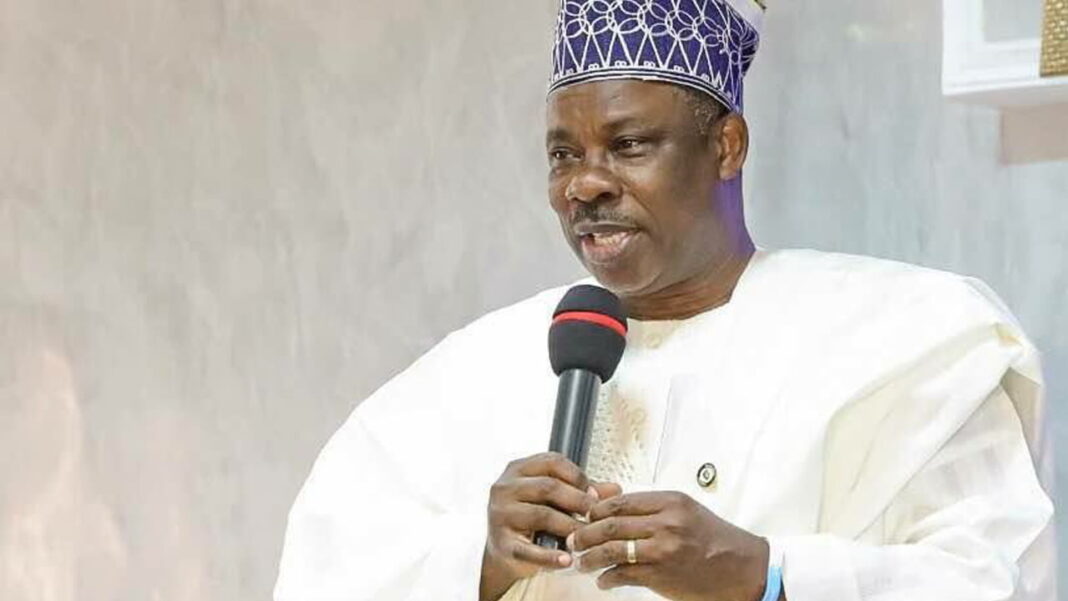 Former Governor Ibikunle Amosun has broken his long-time silence on the crisis rocking the All Progressives Congress (APC) in Ogun State, saying “victory is certain.”

Amosun spoke a few hours after the inauguration of Chief Yemi Sanusi as the Chairman of the APC in Ogun State.

that the Governor Mai Bala Buni led APC caretaker committee had on Thursday inaugurated the Chairmen of the APC across the States of the Federation.

It would be recalled that the Abiodun and Amosun factions had on October 16 conducted parallel State congresses to elect party officials.

While Sanusi emerged winner for the Abiodun group, Chief Derin Adebiyi was elected by Amosun loyalists.

However, the inauguration of Sanusi yesterday appeared to have paid to the lingering crisis over who is the APC Chairman in the Gateway State.

Reacting in a short message on Friday morning, Amosun appreciated his followers for their steadfastness.

While saying the APC is theirs, Amosun informed them that the journey continues, adding that victory is certain by God’s grace.

“To all our party faithful, Thank you for your steadfastness. We are APC…..APC…..is Ours. The journey continues…..Victory is certain by God’s grace. On APC WE STAND. Thank you and WELL DONE to all of you,” he said.