US stands alone, defiant at UN Security Council over Jerusalem 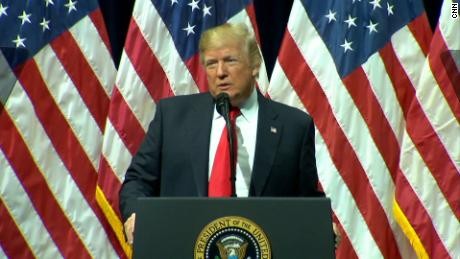 US stands alone, defiant at UN Security Council over Jerusalem

Exercising its veto power at the United Nations for the first time, the Trump administration torpedoed a Security Council resolution critical of the White House’s unilateral recognition of Jerusalem as the capital of Israel. US Ambassador to the UN Nikki Haley cast the veto, blocking the resolution, introduced by Egypt, despite the 14 other members of the Security Council voting in favor.

“Today for the simple act of deciding where to put our embassy, the United States was forced to defend its sovereignty. The record will reflect that we did so proudly,” Haley said after the vote.
“Today for acknowledging a basic truth about the capital city of Israel, we are accused of harming peace. The record will reflect that we reject that outrageous claim. For these reasons and with the best interest of both the Israeli and the Palestinian people firmly in mind, the United States votes no on this resolution.”
Palestinian leaders slammed the US decision, citing it as further proof the White House could no longer play an impartial role in any Israeli-Palestinian peace process. A spokesman for Palestinian Authority President Mahmoud Abbas said the US veto “contravenes the resolutions of international community and Security Council resolutions and represents a complete bias with the [Israeli] occupation and aggression,” according to Wafa, the official Palestinian news agency. 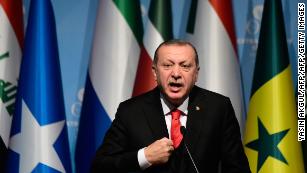 Erdogan defies Trump, says Turkey has own embassy plans for Jerusalem
Nabil Abu Rudeineh said the veto would further isolate the United States, calling it a “provocation of the international community.”
Expecting the US veto, the Palestinians immediately changed their focus from the Security Council to the United Nations General Assembly, where each member has one vote and no country — not even the United States — can veto a resolution.
A General Assembly resolution doesn’t carry the same weight as a Security Council resolution, but it would show a broad international consensus against President Donald Trump’s unilateral recognition of Jerusalem in early December.
Speaking in favor of the resolution before the vote, France and the United Kingdom insisted the final status of Jerusalem should only be determined in negotiations.
Israel celebrated the US veto, calling Haley a “Maccabi,” a Jewish warrior family from biblical times whose story is celebrated on the holiday of Hanukkah, during which the vote took place. Israel Prime Minister Benjamin Netanyahu said of Haley on social media moments after the vote, “You lit a candle of truth. You dispel the darkness. One defeated the many. Truth defeated the lies. Thank you, President Trump. Thank you, Nikki Haley.”
Israeli officials never really fretted about the vote, assured by the virtual certainty the United States would veto the resolution. The proposed resolution comes almost exactly one year after UN Security Council Resolution 2334, which criticized Israel for the expansion of settlements in the West Bank, calling them “a flagrant violation under international law.” In the vote, taken in the waning days of the Obama administration, 14 of the 15 Security Council members voted in favor of the resolution; the United States abstained, allowing it to pass. 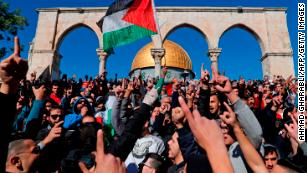 Trump’s Jerusalem move: Deadly clashes erupt after Friday prayers
At the beginning of her speech, Haley made clear the results would be different if the vote were taken again. “Given the chance to vote again on Resolution 2334, I can say with complete confidence that the United States would vote no,” said Haley, slamming the resolution as a hindrance to the exact peace process it was intended to advance.
Rejecting the widespread criticism of Trump’s announcement, Haley insisted that Trump’s recognition of Jerusalem in no way affected the peace process, adding that the United States was still committed to direct negotiations.
“The President took great care not to prejudge final status negotiations in any way, including the specific boundaries of Israeli sovereignty in Jerusalem. That remains a subject to be negotiated only by the parties. The position is fully in line with the previous Security Council resolutions,” Haley said after the vote.
The attempted reassurance did little to quell Palestinian anger at the United States.
“We will take legal, political and diplomatic action against Trump’s announcement on Jerusalem,” Abbas said on Monday, according to Wafa. In addition, Abbas signed 22 agreements and treaties in a move to solidify Palestinian standing in international affairs, though Wafa didn’t specify which agreements.
Discrediting the United States as an honest broker in a peace process, the Palestinians appear to be once again focused on increasing membership in international organizations, a process they started — and paused — in recent years that made them members of the International Criminal Court, among other global bodies
Mourinho says he has no idea when Pogba will be fit
Pogba set to return after international break
‘My government will improve aviation infrastructure’ – President Buhari
Five myths about gun deaths in us
Why I withdrew Governor Obiano’s security personnel – Police IG Speaks.
Buhari Ex-militants praise president for prompt payment of tuition fees
Governor Ambode presents the 2018 budget to the Lagos State House of Assembly
Pogba shows off his latest crazy haircut
iPhone X How to hack the new iPhone’s Face ID feature
Manchester United “should have been smoking cigars” in their Premier League victory over Watford, manager Jose Mourinho said.
Monkeypox Virus now in 11 states The ministry of health’s spokesman, Mrs Boade Akinola made this known in a statement issued on Friday in Abuja.
Manchester United manager Jose Mourinho said his side’s title hopes are “probably” over because referee Michael Oliver failed to award them a penalty in their 2-1 loss to “lucky” Manchester City.
In DR Congo Bishops urge DR Congo president to vow he’ll stand down
Jersey Island gives conditions for return of $300m Abacha loot
Kenya Country waits for an end to presidential re-run Kenya’s election board is expected Monday to decide whether to reschedule a vote in flashpoint opposition areas or to push ahead with declaring victory for President Uhuru Kenyatta.
Trump retweets anti-Muslim videos
German court gives Swiss tax spy suspended sentence, fine
Anthony Joshua Manchester United stars show support for boxer Zlatan Ibrahimovic and Marcos Rojo were at the stadium to support Joshua.
School Feeding 4.8m pupils in 17 states benefit from programme – Presidency Akande said three more states have been added to the National Home Grown School Feeding Programme, with an additional one million children now benefiting.