Five myths about gun deaths in us 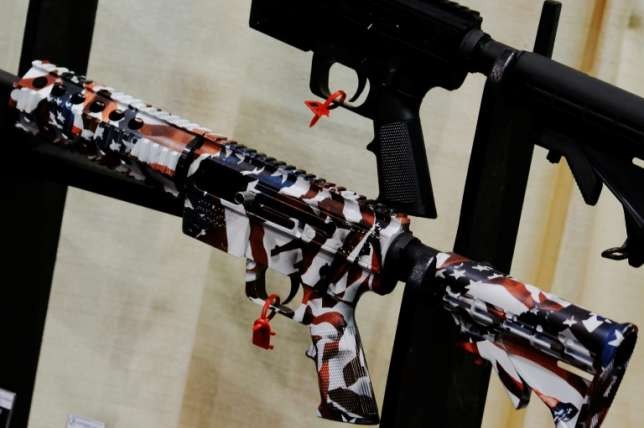 On an average day in America, more than two dozen people are shot dead, but the heavy toll goes largely unnoticed except for mass shootings like Sunday’s church massacre in Texas — perpetuating a string of myths about gun violence.

The following are five false assumptions about gun-related shootings in the United States:

1. Gun-related homicides are at a record high

Not true, even if the Federal Bureau of Investigation (FBI) did record an uptick in the number of gun-related homicides between 2015 and 2016.

“Although the incidence of mass shootings is dramatically on the rise in the US, the nation’s overall and gun-related murder rates have been on the decline — being just half of what they were 25 years ago,” said Gregg Lee Carter, a professor of sociology at Bryant University in Rhode Island.

“This decline has happened in the face of a serious relaxing of gun control regulations at the state level,” Carter told AFP. “For example, few states allowed the average citizen to carry a concealed firearm before 1990, but today almost all states do.”

A “mass shooting” is defined as an incident in which four or more people are killed or wounded, excluding the assailant.

According to the Gun Violence Archive, there is, on average, at least one mass shooting in the United States per day.

Media coverage of mass shootings in the United States tends to give the false impression that victims are random and have no connection with the perpetrator.

This impression tends to be reinforced by the tendency of these crimes to take place in public places — a country music concert in Nevada, a nightclub in Florida, a university campus in Virginia or a school in Connecticut.

In fact, studies have shown that most mass shootings target a specific person or an establishment against which the killer has a grievance.

More than two-thirds of mass shootings take place in private homes and the victims tend to be close to their assailant.

According to the group Everytown for Gun Safety, 50 women are killed every month in the United States by their partner.

Most of the 12,000 gun-related homicides a year in the United States do not qualify as mass shootings.

For example, in Fresno, California, on Sunday a man named Manuel Garcia killed his estranged wife and her boyfriend as they left church. Garcia then shot himself.

The double murder would probably have made headlines in France, Britain, Japan or Australia.

But in the United States, where gun-related deaths are on average 25 times higher than in other developed countries, it merited just local coverage.

4. Most mass murderers are mentally ill

Mass shootings in the United States have indeed been carried out by individuals who were clearly mentally ill such as Adam Lanza, who killed his mother and 20 children at a school in Sandy Hook, Connecticut, and James Holmes, who opened fire on moviegoers in Colorado.

But experts stress that the vast majority of people with psychological problems are not violent.

Conversely, a study conducted in Baltimore, St. Louis and Los Angeles found that only four percent of the people who committed violent acts against others could be said to have serious mental problems.

In other words, the vast majority were acting out of other factors such as anger, jealousy or hate.

5. The United States is sharply divided over gun control

This belief may be widely held abroad but it is not in fact true.

But even the most vehement US anti-gun activists do not advocate repealing the Second Amendment, which grants Americans the right to bear arms, and no serious US politician favors confiscating weapons.

The current gun control debate concerns limiting the types of weapons or accessories available for purchase, or strengthening background checks restricting sales to people with legal or mental problems.

“National gun laws will not change unless Democrats control both houses of Congress, plus the presidency — and there is no chance of this occurring until the 2020 national election,” Professor Carter said.

“Republicans will not strengthen gun laws — despite the majority of Americans wanting stronger laws and despite research showing that strong gun laws can reduce the total amount of gun violence,” he added.

In Niger Raid highlights US forces’ growing Africa role The killing of four American special operations soldiers in Niger has highlighted the increasing role elite units are playing across Africa, which is rapidly becoming a major center of US military action.