Tia Mowry Gives Birth to Baby No. 2 and First Daughter 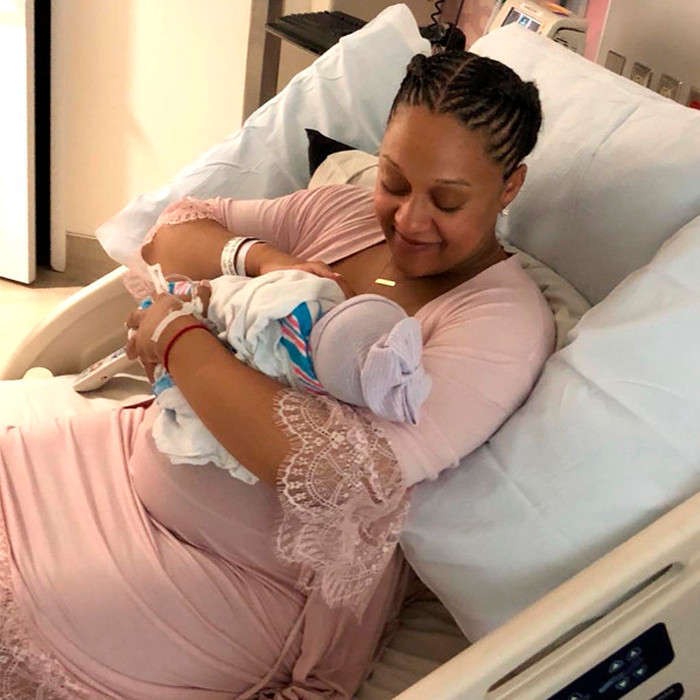 The 39-year-old actress, who starred on the sitcom with her twin Tamera Mowry, and is also known for her past role on The Game, has given birth to her and husband Cory Hardrict‘s second child (and first daughter). She joins the couple’s son, Cree, 6.

Tia announced the big news on Sunday morning with a sweet Instagram photo of mama and baby girl in their hospital bed.

The TV wrote, “Feeling grateful and blessed as we welcome our little baby girl into the world!”

“We are in heaven,” she concluded the birth announcement.

Mowry had announced her pregnancy with her daughter in November and revealed the child’s sex in January. Not too long ago, she and her family celebrated at a baby shower.

In a video posted on Instagram on Apr. 18, Tia talked about the differences between her two pregnancies, saying that she was nauseous throughout her entire first one but only felt sick during the first trimester of her second, which is more common.

The roads to baby No. 1 and baby No. 2 were also not easy for another reason.

Mowry had gotten pregnant with both her children while battling endometriosis, a disease in which abnormal tissue grows outside the uterus and which can cause infertility.

The actress underwent two surgeries and changed her diet to eliminate foods that can cause inflammation, such as dairy, processed sugar, refined flour and alcohol, according to Women’s Health.

“I don’t think I could have gotten through this process without the support of my husband,” she told the outlet earlier this year. “I think it’s really important that someone is there encouraging you, rooting you on, saying you’re not alone, helping you feel stronger and more powerful.”

“I find when you go through some kind of struggle, the reward is just so much greater,” she added. “Now, I’m so overjoyed!”