The unsaid truth about Miley Cyrus and Ariana Grande’s relationship 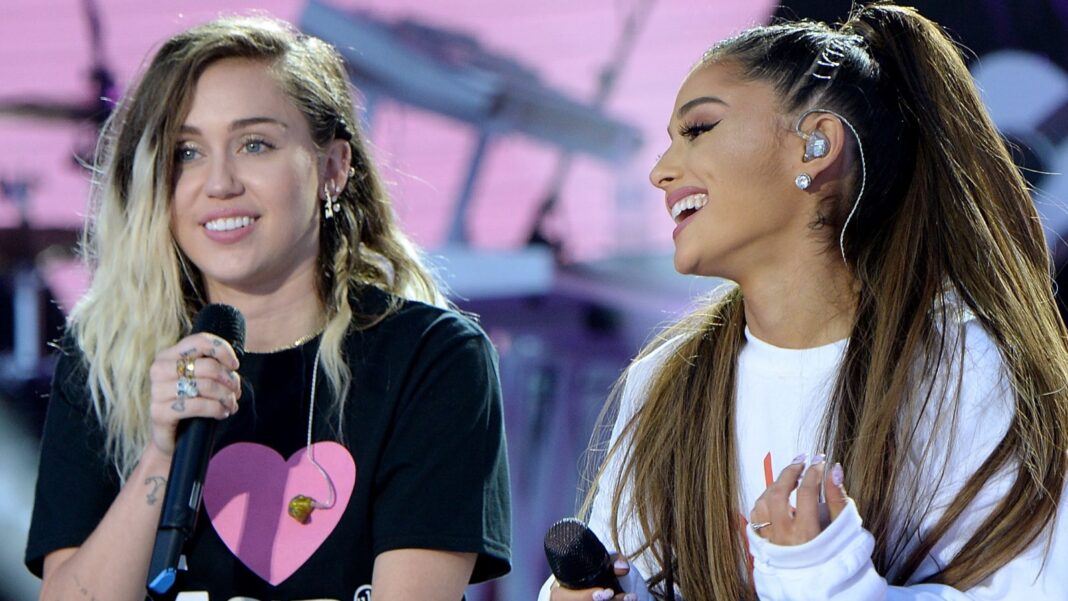 Miley Cyrus and Ariana Grande don’t seem to be BFFs, but they are friends who support and respect each other. Their mutual admiration has been documented back to at least 2014 when they were photographed embracing at the MTV Video Music Awards (pictured above). After Grande won Best Pop Video at the award show, Cyrus sent her flowers, which Grande shared on Twitter, calling Cyrus “the cutest angel pie in da world.” Their first collaboration, “Don’t Dream It’s Over,” came a few months after that ceremony. Cyrus shared a throwback of the performance on Instagram in 2019, writing, “This cute a**… is my #1.”

Grande has shown plenty of praise and support for Cyrus, as well. After Cyrus released “Slide Away” in 2019, her first song post-divorce from Liam Hemsworth, Grande shared a clip of the music video for the song on Twitter, writing, “this / you are so stunning. inside n out. love u.” When Grande released her single “Positions” in October 2020, Cyrus praised her on Instagram (via Pop Crave), commenting “I’m obsessed” on Grande’s post promoting the record. Cyrus has shown herself to be a fan before, covering Grande’s “No Tears Left To Cry” in the BBC Radio Live Lounge.

While fans may have to wait a while before they get another collaboration between the two artists, there seems to be a strong possibility they will work together again.