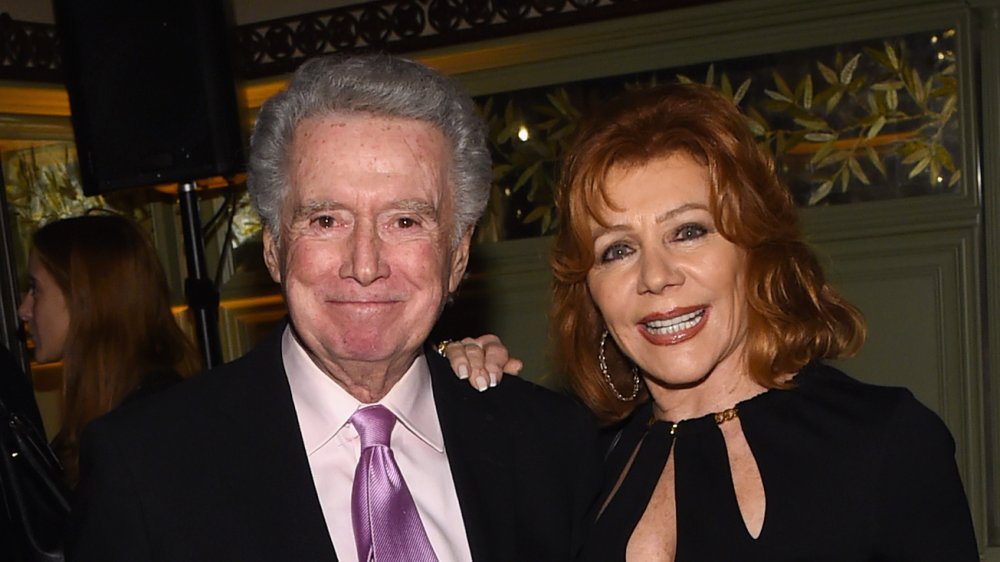 The truth about Regis Philbin’s wife, Joy Philbin, Regis isn’t the only Philbin who’s appeared on screen. Joy’s made a few film and TV appearances of her own, including a 2006 cameo on Hope and Faith, the ABC sitcom headlined by Regis’ former Live! co-host, Kelly Ripa. She played herself in Miss Congeniality 2 and an episode of Mad About You. In addition to scripted projects, she’s appeared on Rachael Ray, Live! With Regis & Kelly, and The Late Show With David Letterman. She also hosted HGTV’s series At Home With…, a show she once described to Architectural Digest as a “chicer” version of Lifestyles of the Rich and Famous.

When discussing co-hosting Live! with Regis, Joy told Parade, “When I do the show with him it’s like going to a party. It’s fun because we don’t do it often!” But there’s one thing she won’t do with her husband: reality TV. When the magazine posed that question, she responded, “Where you get up in the morning and they’re in your kitchen waiting for you? I can tell you that’s not going to happen!”

Regis and Joy recorded an album of classic standards titled Regis and Joy: Just You, Just Me back in 2009, and they’ve performed together multiple times, including taking the stage in Connecticut in March 2015. Joy told the CT Post, “Regis has lived a long life and has lots of funny tales to tell. I join him midway and we sing together.”