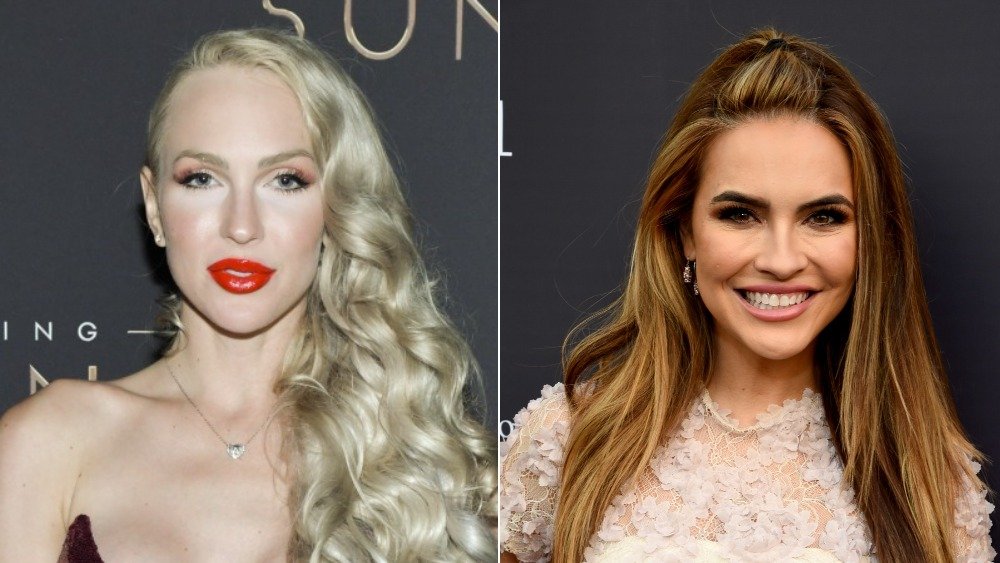 Selling Sunset stars Chrishell Stause and Christine Quinn work together, film together, and even share mutual friends, but Chrishell is tired of seeing Christine on social media, revealing that she blocked Christine on a June 2020 episode of BBC’s The Reality Tea podcast. According to Metro, Chrishell remarked, “A lot of people always notice on Instagram, like lately, I haven’t tagged her on something. That’s because I’m just going to be very honest with you guys, I have her blocked — and it’s one of those things where I think that does come across very childish and ridiculous.”

However, Chrishell insisted, “I have the screenshots. She knows why she’s blocked. I’m sure she hopes that I never show you guys why she’s blocked because it would be embarrassing to her.'” Of course, Selling Sunset fans would love to see those receipts. She refused to elaborate on the specifics, but Chrishell explained, “It’s just one of those things that if you can’t act appropriately and not attack someone on their own social media, then I’m not going to. This is another boundary thing.” Justin Hartley’s soon-to-be-ex-wife declared, “So you’re going to come onto my page and bring toxic insults and toxic energy, block.”

During a June 2020 Everything Iconic With Danny Pellegrino interview, Chrishell commented, “I can’t deal with her. She’ll do these moments where she’ll just go off and go crazy. And then afterward, she’s like, ‘I’m sorry. I didn’t mean it.’ Oh my god.”