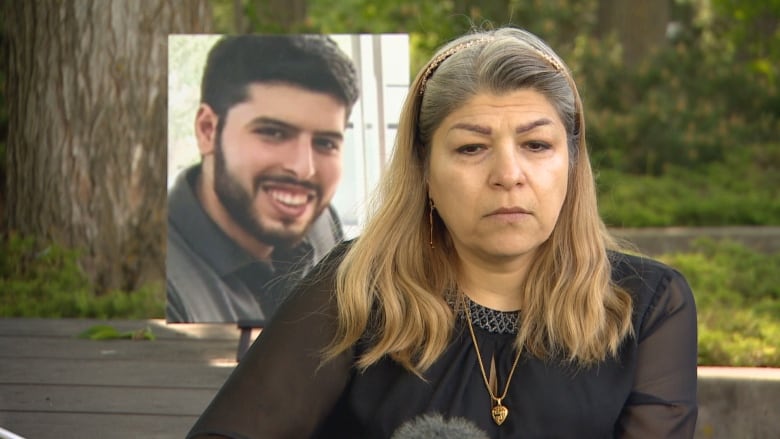 Iran’s efforts to resume diplomatic relations with Canada — while the country is under international pressure to release flight information and conduct a transparent investigation into the downing of Flight 752 — has some worried that Iran is using the tragedy as a bargaining tool.

“At this moment, they need to show some level of co-operation … before starting to talk about a diplomatic relationship,” said Reza Akbari, the president of the Iranian Heritage Society of Edmonton.

Iran shot down Ukraine International Airlines Flight PS752 in January, killing all 176 people on board, including 55 Canadians. Iran initially denied responsibility for the incident, but later admitted its role in downing the jetliner.

The country has since been accused of stalling international efforts to conduct a transparent investigation as Canadian officials continue to push for the country to release the flight recorders involved in the crash.

Canada cut diplomatic ties with Iran in 2012 over concerns about human rights abuses committed by the Iranian regime, expelling Iranian diplomats from Canada and closing its embassy in Tehran. Foreign Affairs Minister John Baird said at the time that he viewed Iran as the world’s “most significant threat to global peace and security.”

Last week, a spokesperson for Iran’s foreign affairs ministry said the country had spoken to its Canadian counterparts about renewing diplomatic relations between the two countries.

In an email to CBC News, Global Affairs Canada confirmed that Iran had raised “the issue of re-establishing consular relations” with Canadian officials, though the department says its “focus and priority is on making progress on issues related to PS752.”

On Friday, the family of a University of Alberta student killed aboard the plane gathered in Edmonton to commemorate the life of Amir Hossein Saeedinia — and to call on the Canadian government to hold Iran accountable for its actions.

Saeedinia’s mother, Leila Latifi, said she hoped Canada would not allow Iran to reopen its embassy in Ottawa. Her family fled Iran after Flight 752 over concerns for their safety and have now filed for refugee status in Edmonton.

Speaking to CBC News in Farsi through an interpreter, Latifi said she felt that Iran was using the tragedy to “take advantage” of improving its international relationships.

Akbari, who was also attending the remembrance for Saeedinia, called any talks to restore diplomatic ties “gut wrenching”. Edmonton lost more than a dozen people in the downing of the plane.

“Iran must be prosecuted in the International Court of Justice for the tragic crime that they have done, for the many unanswered questions,” he said.

Thomas Juneau, an associate professor of international affairs at the University of Ottawa, said it was not unusual for the two countries to be discussing the state of their diplomatic relations.

“Both sides have said that they are open to the prospect of relaunching these discussions at some point,” Juneau said. “So just speaking in general terms, it is not necessarily surprising.”

But it would be a misstep to advance those discussions, Juneau warned, before securing the release of the airplane’s so-called black boxes, getting compensation for victims’ families and ensuring that a fully transparent investigation will be conducted.

“Right now, the incentive of eventually having that level of diplomatic representation is one of the only sources of leverage that we have with Iran. So giving that away … I think would probably weaken our hand.”

Juneau said that although details of talks between Canadian and Iranian officials are not known,  it’s not likely that either country would go as far as reopening their embassies any time soon.

There are more plausible alternatives, Juneau said, such as hosting an office within another country’s embassy in order to handle matters like consular services.

The international relations expert said it’s not surprising that Iran would be stoking conversations about improving its relationships at this time, given that it is currently under “massive” economic, diplomatic and domestic pressure.

But Canada should be very cautious about navigating such talks, Juneau said.

“To move towards any form of diplomatic re-engagement before these issues [are] fully resolved — or at least on the way to being resolved — politically, that would be very difficult for Canada from the perspective of the families of the victims.”