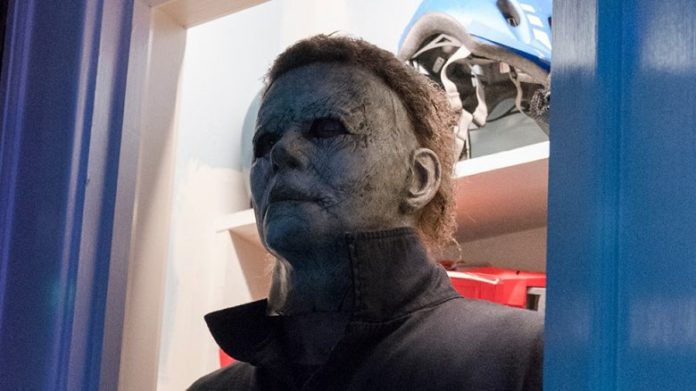 Here’s a question in two parts: Do you know how to kill? If so, who taught you how to do it?

If you ask James Jude Courtney, he’ll offer up an intriguing answer: “I learned how to kill from a mafia hitman who lived with me when he got out of prison,” he told Halloween Movies in June 2018. (At the time, he was evidently writing the fellow’s life story.) One day, they went to see a film that featured Courtney called The Hit List, and this friendly ex-hitman roommate reportedly gave him a few pointers, like: “Jimmy, it was a really nice movie but that’s not how you kill people.”

Well, Courtney claimed he took the hitman’s notes to heart. (After all, if you have an ex-hitman roommate, you probably want to give him your undivided attention.) “I’ve been complimented many times here on set on how efficiently I kill,” Courtney boasted, “and all I did was take what he taught me.” (File under Inspiring!)

We’re not sure what this guy taught Courtney, but as you watch Michael Myers drop a bunch of teeth on the floor and cut up more victims with a knife, you can thank Ex-Hitman Roomie Guy for teaching Courtney how to convincingly portray a killer.