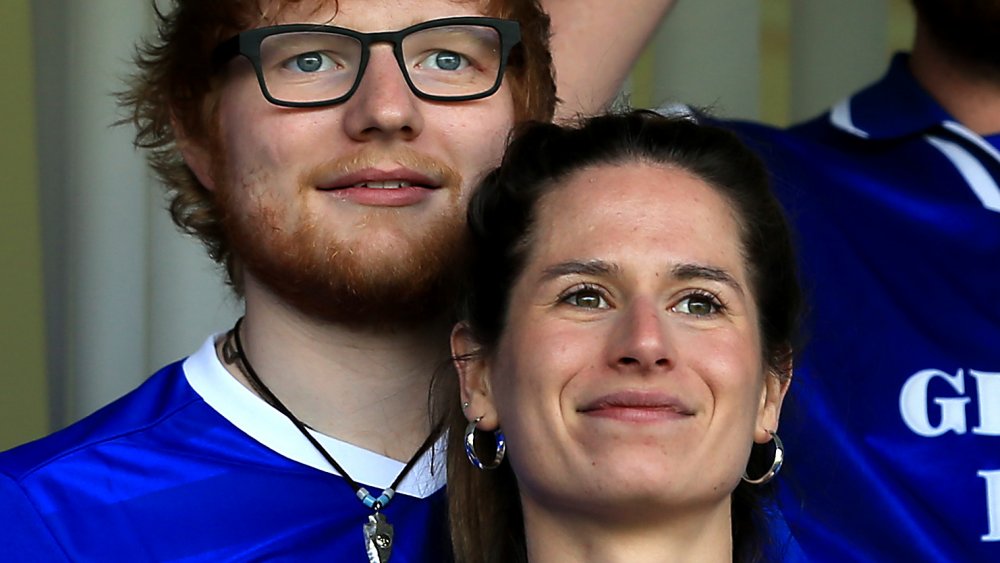 Ed Sheeran and his now-wife, Cherry Seaborn, met in their hometown of Suffolk, England when Ed was just 11 years old. They were both students at Thomas Mills High School as teens and Sheeran have since admitted to crushing on Seaborn even back then, but he never got the chance to act on those feelings when they were classmates. The future-spouses went their separate ways when Seaborn moved to the United States to attend Duke University in North Carolina. Meanwhile, Sheeran, of course, focused on growing his music career.

“There was always something there between them. Ed had a crush on Cherry at school, but she had a boyfriend then. I don’t think Ed wants to date another celebrity again, having been burned too many times, and Cherry is definitely his type,” a source told British magazine Heat of the relationship in 2015.

Sheeran’s 2017 song “Castle on the Hill” (screenshot above) is about his teen years growing up in Suffolk and the song’s video features a young cast clearly meant to mirror the group of friends Sheeran grew up with. The red-headed lead (clearly meant to represent a young Sheeran) has a cute blonde love interest who could be interpreted to represent a younger version of Seaborn (especially in light of the couple’s 2019 revelation that they “made out at the Castle on the Hill”).