Strange things about Nikki Bella’s relationship with her boyfriend 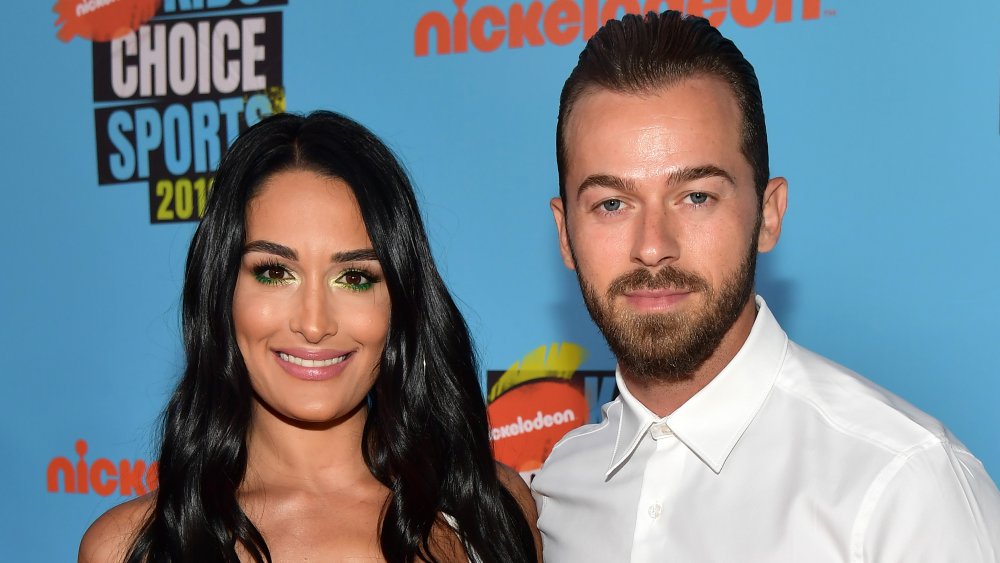 Strange things about Nikki Bella’s relationship with her boyfriend, Nikki Bella and Artem Chigvintsev first met in 2017 when they were paired together on Season 25 of Dancing With The Stars. Together, they danced the tango, the samba, a waltz, and more, with their chemistry lighting up on-screen and across the dance floor.

However, at the time, Nikki was engaged to her longtime boyfriend, fellow professional wrestler John Cena. In fact, according to E! News, Nikki was in search of a dance routine that the two could perform at their wedding reception — that’s how far away her mind was from any thoughts of starting a romance with Artem.

“I never would have thought even when Artem and I were dancing… we had incredible chemistry, but I never once thought that he would one day be my boyfriend,” she shared (via E! News), gushing that they had an “amazing friendship.”