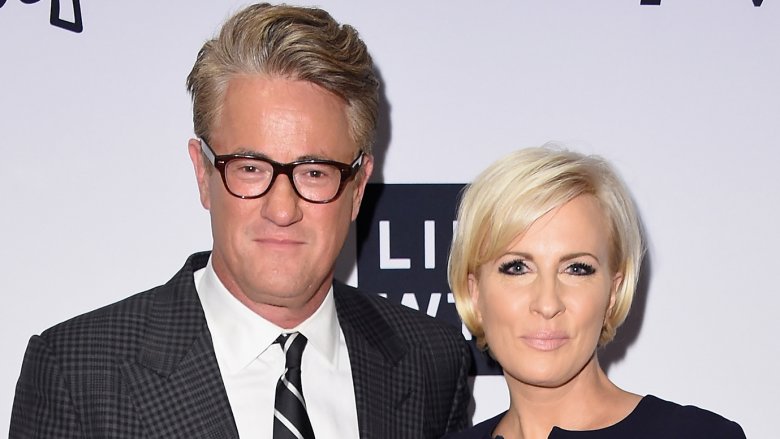 Scarborough teased their romance again in an April 2017 interview with The Hollywood Reporter, quipping, “We have a crackling on-air chemistry, and a crackling off-air chemistry, too.” But when the interviewer asked Scarborough to clarify, Brzezinski interjected with, “That’s good.” Scarborough then added: “I think that pretty much says it, doesn’t it?” Sheesh. It probably would have been less stressful for everyone if these two just released a statement from the get-go.