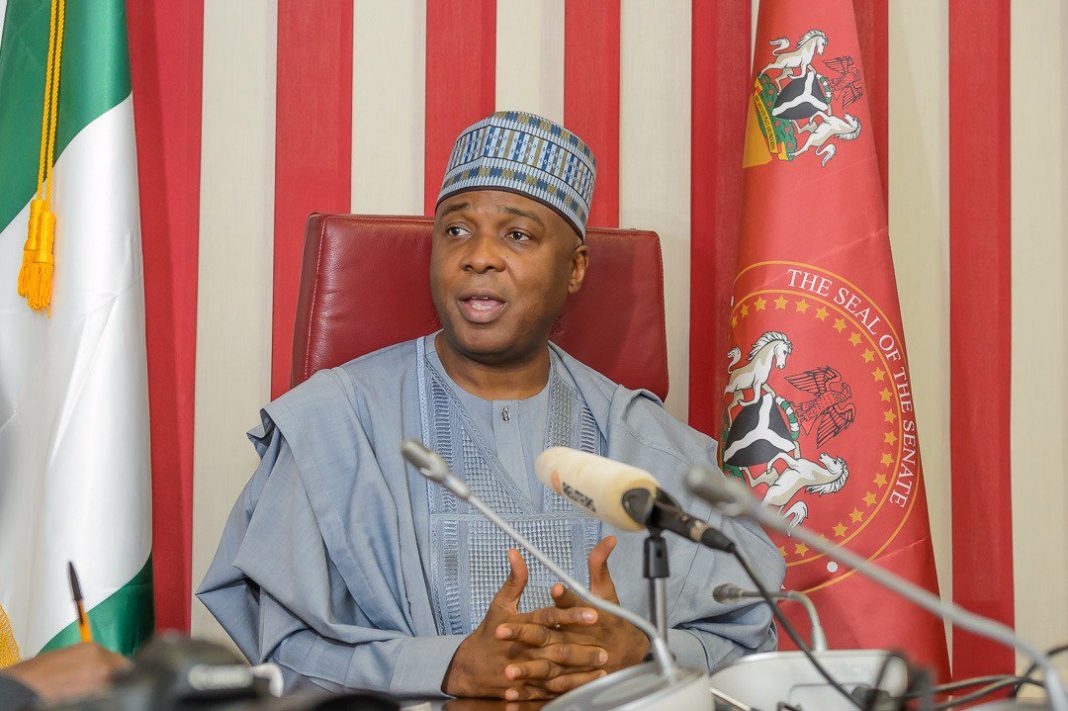 The Senate President, Dr. Abubakar Bukola Saraki has described the killings in Zamfara State as barbaric and unacceptable.

Saraki, in a statement signed by his Special Adviser (Media and Publicity), Yusuph Olaniyonu, stated that the situation in Zamfara State is a demonstration that unlike in 2015 when the only crisis point in the northern part of the country was the North-east zone, the North-west has today been engulfed by a bloody situation in which human lives are wasted on a daily basis.

He said the killings have gone on for too long and the situation has not been given the desired attention as well as the right strategy that will stop it, adding that there was a clear indication of systemic failure.

He, however, called on the security agencies to swiftly devise a strategy to put an end to the ugly situation.

“Our security agencies must immediately come out with a proper understanding of the situation, the right strategy and deployment of the necessary troops to tackle the menace. We must within the next few days send the right signals to the criminals in that area that the Nigerian State will no longer tolerate the on-going blood-letting.

“We must immediately change our strategy. Also, the President has to take full, direct control. May be the President must widen the consultation within the armed forces on the search for solution to this problem. He must go beyond the first line military top brass. We need to get ideas from more sources than we presently do.

“In 2014, I remember that President Jonathan was told that ‘you control the armed forces and you are the Commander-in-Chief of the armed forces of the Federal Republic, why should any part of the country be under occupation by criminals’. Why should we not apply the same logic to the occurrence in Zamfara today?

“Just as we also flayed the pre-2015 government, the situation in Zamfara presents a picture of the government denying the citizens their fundamental rights to life and rights to own property. The government must correct this by stopping the carnage in Zamfara immediately.

“It is a surprise that the Zamfara killings are not getting enough attention from the media and the non-governmental organisations. The Senate had sent an investigative team into the area a few months ago after Senator Kabiru Marafa raised a motion on the floor and as at then, we called on other security agencies to help the police in dealing with the matter.

“It is expected that by now, the President would have arranged a meeting with leaders of the National Assembly, legislators, traditional rulers and other key stakeholders from the affected state, to exchange ideas and proffer lasting solutions to the issue. The key advantage of a democracy is that it provides for wide consultation and inclusion. No one person or group has all the monopoly of knowledge. We really need to do all that is possible to stop the carnage,

“Let me use this opportunity to call on President Muhammadu Buhari to immediately give a marching order to the various security agencies and tell them to give him progress report on a regular basis. There is need for us to use the Zamfara case to demonstrate to all criminal elements that the government will not tolerate those who hide under whatever guise to shed human blood in our country.

“We should look at the Zamfara killings as a major threat to our democracy, particularly as we move towards election period in the next 50 days. We should not allow criminal elements to take over parts of the country. The situation in that state is an example of why we need to overhaul our security architecture in order to bring them to a state where they can tackle emerging challenges”, the Senate President stated.