President Buhari reveals next action on Ganduje over bribe Videos 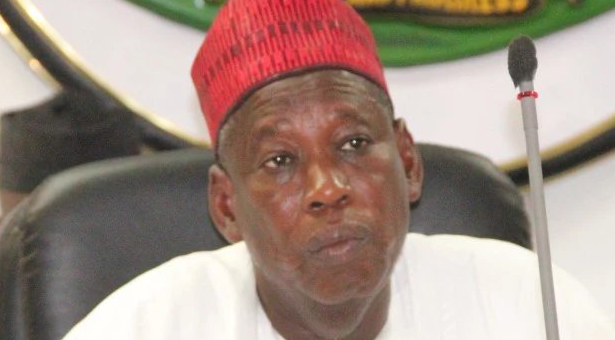 President Muhammadu Buhari has spoken on the bribe allegations against Governor of Kano State, Umar Ganduje.

Buhari, while speaking during a live presidential town hall interaction at the Ladi Kwali Conference Centre, Sheraton Hotel, Abuja, on Wednesday evening alongside Vice President Prof. Yemi Osinbajo said the Kano assembly has the right to deal with Ganduje if the allegations are true.

On his next action in the Governor, Buhari said he hopes to get answers when he goes to Kano for his campaign.

Recall that a Kano State high court presided by Justice Ahmad Badamasi, has ruled that Kano State House of Assembly, has no power to investigate the $5million bribery allegation against the Governor of the state, Abdullahi Ganduje.

Badamasi in his judgement on Thursday, agreed that collecting bribe from contractors is a criminal offence under Section 115 and 116 of penal code.

The judge however stated that the House has no capacity to investigate criminal offences.

He said investigating criminal offence is the function of agencies under executive arms such as police, the EFCC and the ICPC.

Badamasi, therefore, gave an order restraining the House from interviewing or inviting any one on the bribery allegation against Ganduje.