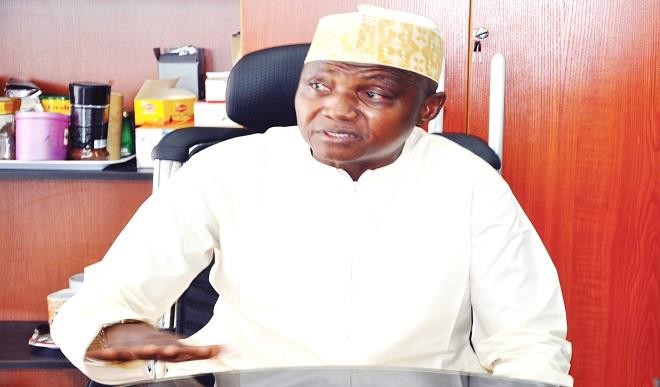 Garba Shehu, Senior Special Assistant to the President on Media and Publicity has accused the Peoples Democratic Party (PDP) of spreading fake news.

He said this in reaction to the reports that the account of the PDP vice presidential candidate, Peter Obi, was frozen.

Shehu also commented on alleged raid of the residence of PDP presidential candidate, Atiku Abubakar’s sons by operatives of the Economic and Financial Crimes Commission (EFCC).

The statement he issued Monday evening read, ‘The story about the raid ‘ordered by Buhari-led government’ on the home of PDP Presidential Candidate, Atiku Abubakar’s son and the fairy tale on the alleged blockage of the bank accounts of the running mate, [former] Governor Peter Obi and his family are both untrue, and should be dismissed as just another manifestation of the PDP’s growing expertise in fake news.

“Nigerians must be becoming wary by now, of a political party with absolutely nothing to offer in the coming elections and has instead, transformed into a knight in shining armor, slaying the truth. In this so-called transformation, PDP has changed into nothing but to a ceaselessly flowing stream of fake news.

“It is impossible to find in Nigeria today, anyone propagating fake news more than the PDP. Our advice to Nigerians is: Ignore them.”