According to reports Manchester United have banned Paul Pogba from playing basketball in his spare time.

Manchester United are worried that Pogba antics on basketball court could cause further injuries to his hamstrings.

The club have therefore told the Frenchman to put a stop to his love of basketball, with medical staff frightened he is at risk of ‘muscle strain, as well as stress impact on his knees and ankles.’

Paul Pogba spent much of the summer playing basketball with his friends in the United States
Manchester United have now asked their midfielder to stop playing basketball in his spare time
United are worried he will further aggravate injuries
Mourinho has previously revealed that Pogba’s injury is ‘long-term’, after he limped off during Manchester United’s opening Champions League game against Basle.

Pogba, though, has since offered some hope to United’s supporters, posting a ‘Bruce Lee style’ workout on his Instagram page.

The Frenchman is at Manchester United’s training base at Carrington, working hard in the gym to regain full fitness in the coming weeks.

For now, though, he is not in the manager’s plans, with Mourinho admitting: ‘His injury is not one that I can have the hope like I can have with others. 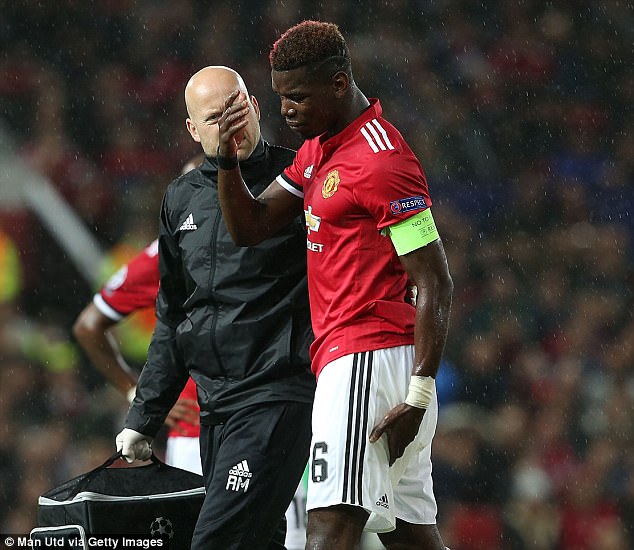 ‘With long-term injuries, I don’t speak about them, so Ibra, Pogba, Rojo and these players, I don’t think about them.’

In truth, United have not struggled without the midfielder, winning all of their five games since he limped off on September