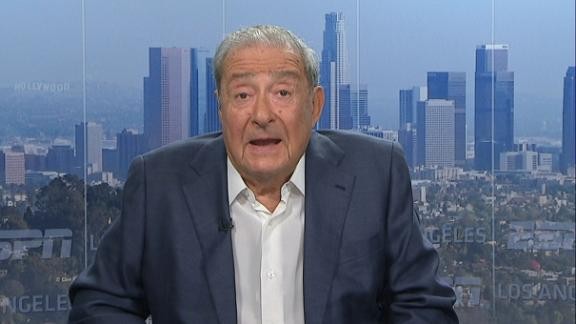 LOS ANGELES — Get ready for a rematch between Manny Pacquiao and Jeff Horn.

Top Rank promoter Bob Arum told ESPN on Friday that he has spoken to Pacquiao, and according to Arum, the superstar boxer will not retire but instead will seek a rematch with Jeff Horn, which Pacquiao has a contractual right to pursue.

“Manny doesn’t want to retire. He wants the rematch, so we are going to do the rematch,” Arum told ESPN. “Manny told me he wants to do the rematch, but now we are looking for the window that satisfies the Senate. We need to see when they have a recess that will allow Manny the time he needs to train and have the fight.”

Manny Pacquiao wants a rematch of his action-packed and bloody fight with Jeff Horn that most thought Pacquiao clearly won, although Horn took a unanimous decision from the judges. Tertius Pickard/AP

Pacquiao, who serves in the Senate of the Philippines, met Horn at Suncorp Stadium in Horn’s hometown of Brisbane, Australia, on July 2 (July 1 in the United States) on ESPN. It was an action-packed and bloody fight that most thought Pacquiao clearly won, but Horn was awarded a unanimous decision and Pacquiao’s welterweight world title in a massive upset.

Arum said the rematch likely will take place in Australia in November, when the Senate is typically in recess.

“Once I have an answer from the Senate when they have their recess, I will go to my partner in Australia, Duco [Events], and we will figure out where we’re going to do the fight,” Arum said. “[The state of] Queensland has certain rights from hosting the first fight, but we need to figure out where the fight will be. The problem is we can’t have it outdoors again because of the weather. November is the summer there, and it’s brutal to do it outdoors. We can’t do it. Even in July, which is their winter, it was pretty hot outdoors.”

Arum said venues in Brisbane and Sydney will be considered, and once the availability of venues is known, he will go to ESPN “and see if the date is in accord with the network’s schedule. But we’ll do the fight again with our partners at ESPN. The good thing is, in Australia they don’t mind if the fight is on a Saturday or Sunday afternoon, so if it’s on a Saturday afternoon in Australia, it’s a Friday night in the United States.”

Pacquiao is the only eight-division world champion in boxing history.

“I think the first fight was an excellent fight. It was competitive and [Horn] feels emboldened, and I think it will be a very good fight again,” Arum said. “And now Horn is known much more in the United States after that fight.”