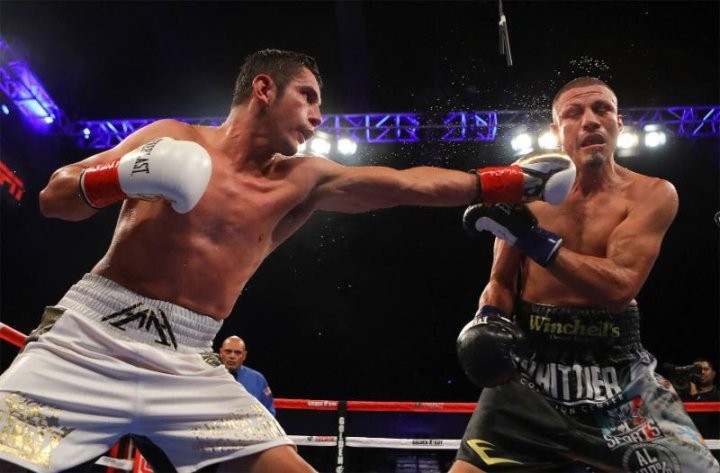 Veteran Mauricio Herrera rejuvenated his career with a majority 10-round decision over Jesus Soto Karass Friday night in a bristling welterweight bout at Fantasy Springs Resort Casino in Indio, California.

Both Herrera, 37, and Soto Karass, 35, are in the twilight of their careers and needed a win in order to stay in the mix for a big-money fight.

Throughout the first half of the bout, Herrera boxed well, ducked away from Soto Karass’ wild swings, and countered with clean punches. Even when Soto Karass bulled Herrera into the ropes, he frequently got the better of it due to his shifty defense and more accurate punching.

Soto Karass’ unrelenting pressure began to pay off down the stretch as a weary Herrera was forced to stand and trade.

A left hook from Soto Karass opened a bloody cut over Herrera’s right eye in the ninth, but it never became a factor.

The crowd was on its feet during the final round as the boxers stood toe-to-toe and traded punches until the final bell.

In the co-feature, Ukrainian Vyacheslav Shabranskyy (19-1, 16 KOs) stopped Philadelphia’s Todd Unthank-May (10-1-1, 4 KOs) at the end of the seventh round of a scheduled 10-round light heavyweight bout.

A right opened a cut over Unthank-May’s left eye in the second. The wound grew progressively worse as the fight continued, and by the time the fight was stopped, the left side of Unthank-May’s face was badly swollen.

Shabranskyy was also cut over the left eye, but his corner did a good job of stemming the flow of blood. It was Shabranskyy’s second comeback win since suffering his only loss, to Sullivan Barrera, in December 2016.