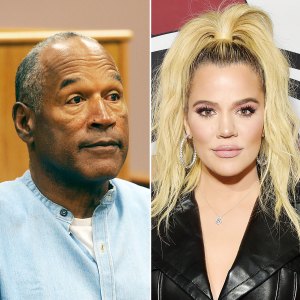 The Juice is loose and he’s got a lot to say! O.J. Simpson recently joined Twitter and now he’s setting the record straight on the rumors that he fathered close pal Robert Kardashian’s daughter Khloé Kardashian. 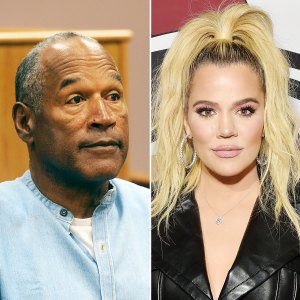 “Once in a while I’m going to go off topic and talk about other things, and this is one of those times,” the former NFL player, 71, said in a video posted to his account on Sunday, June 16. “You know, Bob Kardashian, he was like a brother to me. He was a great guy.”

Simpson continued: “He met and married Kris [Jenner] and they really had a great time together when they were together. Unfortunately, that ended. But never — and I want to stress never, in any shape or form — did I ever have any interest in Kris, romantically or sexually.”

The athlete went on to note that he never got “any indication” that the momager, 63, was interested in him either. “So, all of these stories are bogus, bad, tasteless,” Simpson added. “Khloé, like all the girls, I am very proud of, like I know Bob would be if he was here, but simple facts of the matter is she is not mine.”

Simpson’s post came on Father’s Day, and almost exactly 25 years to the date when his ex-wife Nicole Brown Simpson and Ron Goldman were found murdered. Robert, who was the father of Kourtney, Kim, Khloé, and Rob, was Simpson’s defense attorney in his 1995 murder trial over the death of Nicole, in which he was found not guilty. Simpson was later ordered to pay $33.5 million to the victims’ families for Nicole and Goldman’s wrongful deaths. (Robert died at age 59 from esophageal cancer in 2003.)

Nicole was also the best friend of Kris, leading the case to cause a rift between the reality star and her then-husband. Both Simpson and the Good American cofounder have denied the claims that he is Khloé’s father on multiple occasions.

Simpson joined the social media platform on Friday, June 14, posting video in which he confirmed that he’ll be sharing a lot of personal information via the page.

“Coming soon to Twitter, you’ll get to read all my thoughts and opinions on just about everything. Now, there’s a lot of fake O.J. accounts out there, so this one, @TheRealOJ32, is the only official one,” he said in the clip. “This should be a lot of fun. I’ve got a little getting even to do. So God bless. Take care.”