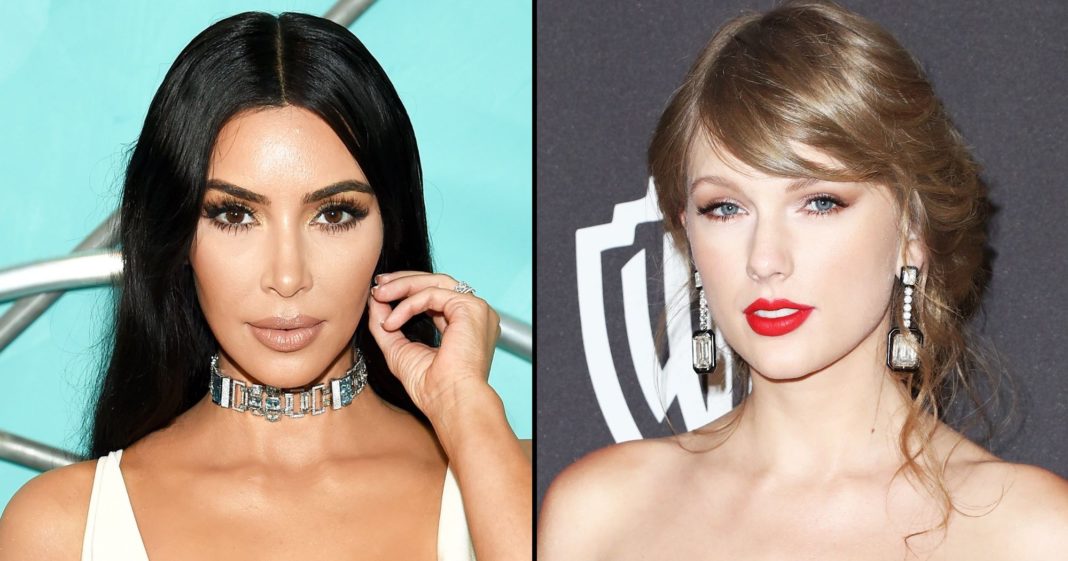 Is Kim Kardashian avoiding more “Bad Blood” with Taylor Swift? The KKW Beauty founder pushed back her perfume’s launch date after previously announcing that the collection would be available on the same day that the Grammy winner is expected to debut new music.

Fans began speculating that Kardashian, 38, and Swift, 29, reignited their feud after the reality star revealed that her fragrance with sister Kylie Jenner will be released on April 26. Just days earlier, the pop singer teased on social media that she will drop new tunes on the same date.

Although it’s unclear if the Keeping Up With the Kardashians star meant to shade Swift by planning an announcement on the same date — or if the matter was merely a coincidence — she has postponed the release of KKW FRAGRANCE X KYLIE.

“We are so excited to launch the fragrance collaboration that we’ve been working on for such a long time. Sadly, we found out today from the manufacturer that a few of our bottles did not pass durability tests while on the assembly line and we have paused production while the team explores the issue further,” the Selfish author shared via an Instagram Story post on Wednesday, April 17. “Together, we have made the difficult decision to delay the launch as we would not release a product that did not meet the strictest of quality guidelines.”

She added: “We’ll be sure to let you know as soon as we have a new launch date! Thank you for your understanding and support always. Love, Kim & Kylie.”

The “Don’t Blame Me” songstress butted heads with Kardashian in 2016 after she called out the E! personality’s husband, Kanye West, for slamming her as a “bitch” in his song “Famous.” The makeup mogul then clapped back at Swift and came to the 41-year-old rapper’s defense by releasing footage of the “End Game” singer appearing to applaud the track alongside snake emojis.

Swift then claimed she never heard the final version of the song in which she was labeled as a “bitch.” She then seemingly dissed Kardashian and West in her 2017 track “Look What You Made Me Do,” where snakes are featured in the music video.

While Kardashian told Andy Cohen in January that she has “moved on” from her tension with the “Blank Space” singer, the drama had taken a toll on Swift.

“A few years ago, someone started an online hate campaign by calling me a snake on the internet. The fact that so many people jumped on board with it led me to feel lower than I’ve ever felt in my life,” Swift wrote in March for an Elle article. “It would be nice if we could get an apology from people who bully us, but maybe all I’ll ever get is the satisfaction of knowing I could survive it, and thrive in spite of it.