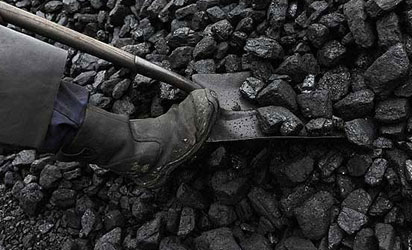 NIGERIA is one of the countries blessed by God with huge mineral deposits including coal. History holds it that coal was first discovered in Nigeria in 1909 at the Udi Ridge in Enugu by a British mines engineer, Albert Kitson.

But, Kitson was not exploring for coal. He had hoped to discover silver. With this exploration and discovery of commercial quantity of coal deposit, in 1914, the first consignment of coal was exported to the United Kingdom from the Port Harcourt ports. By 1916, the Ogbete Mine was in full operation and in that year alone, it yielded 24,511 metric tonnes of coal. With this mining site becoming a beehive of activities Coal production rose to 790,030 metric tonnes. Nigerian coal ranks one of the most bituminous in the world due to low sulphur and ash content, and rated environmental friendly in line with global campaign on cleaner source of energy in order to reduce negative impact of climate change. According to reports Nigeria’s present coal deposit stands at about 2.8 billon metric tonnes reserves in 17 identified coalfields and over 600 million tonnes of proven reserves in Nigeria.

Some of the states where coal has been discovered in commercial quantity include Enugu, Benue, Kogi and Plateau States, respectively. This is an irony of a nation wallowing in abject poverty, while sitting untapped wealth.

A study by Behre Dolbear & Company (USA), Inc. subdivided the areas of coal deposits in the country, which include the Anambra Coal Basin; this basin was into seven coal mining districts, out of which three of the basins have been explored to an appreciable level, and they are the Kogi, Benue and Enugu Coal Districts and they further have two or more coal resource areas each.

The Kogi Coal District holds an area of 225,000 hectares of the Anambra Coal Basin, and it lies on the north-eastern side of the basin. Two areas within the district have been explored to a limited degree. In the northern part of it, Ogboyoga, drill data, has it that there are 27 holes, which have been drilled and cored and 15 separate measurements have been taken of outcrops of the main coal seam in stream drainages.