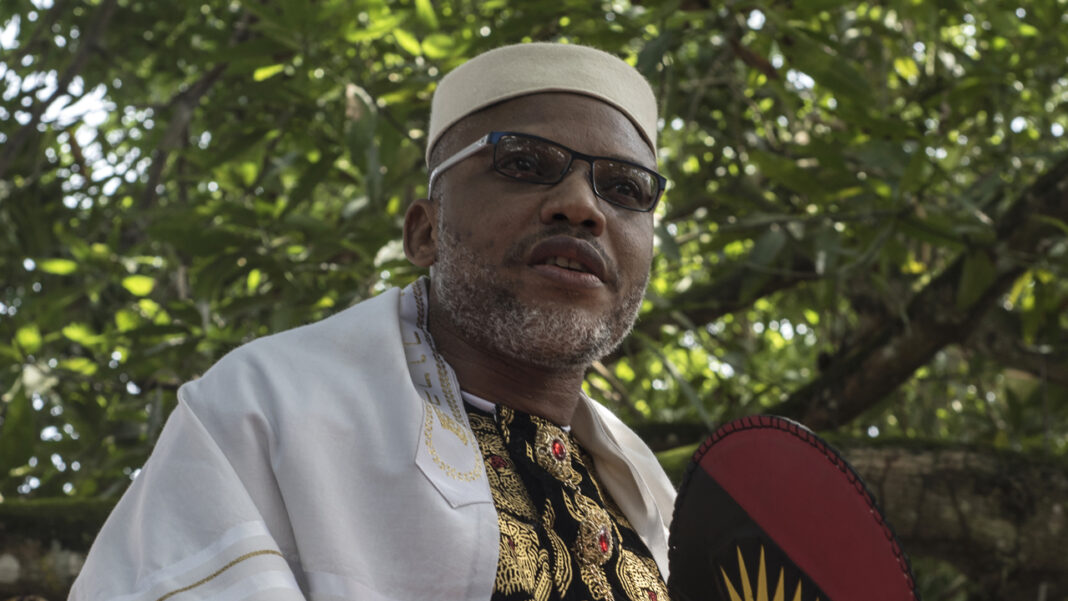 The leader of the Indigenous People of Biafra (IPOB), Mazi Nnamdi Kanu has said that despite the continued intimidations against members of the pro-Biafra groups by the federal government, it will remain undeterred in restoring Biafra republic in Igboland.

Kanu who expressed dismay over the current state of affairs in the country pointed out that the Nigerian systems have collapsed under President Muhammadu Buhari-led administration.

The IPOB leader stated this when he received members of the group from Bayelsa state, who were in his Umuahia residence to condole him on the demise of his (Nnamdi) late parents and Paramount traditional ruler of Afaraukwu Ibeku ancient kingdom, Eze Israel Kanu and Ugoeze Sally Kanu.

Mazi Kanu who was represented by Prince Mene Kanu on Friday urged IPOB members in Bayelsa to remain steadfast and never allow themselves to be deterred by the antics of the Buhari-led government.

Recall that the Indigenous People of Biafra (IPOB) had announced the death of its leader’s father, Israel Kanu.

A statement by Emma Powerful, the Media and Publicity Secretary of the group, simply stated that the monarch has joined his wife, Lolo Sally Kanu to be with his creator.

In a release announcing the death of Eze Israel Kanu, IPOB also blamed it on the military and the assault on his family. Powerful added that Israel Kanu’s death was quickened by the death of his wife.

But, the IPOB leader during the condolence visit said, “I have confidence in IPOB members in Bayelsa state. If you go, tell the whole world that Biafra has come to stay. We will not sell out. They can intimidate us, but will not stop Biafra restoration.

“You can see what we are experiencing in this country now. People who said No to Biafra are saying Yes today. Biafra will come. I thank you for coming to identify with us in this moment of grief and sorrow”.