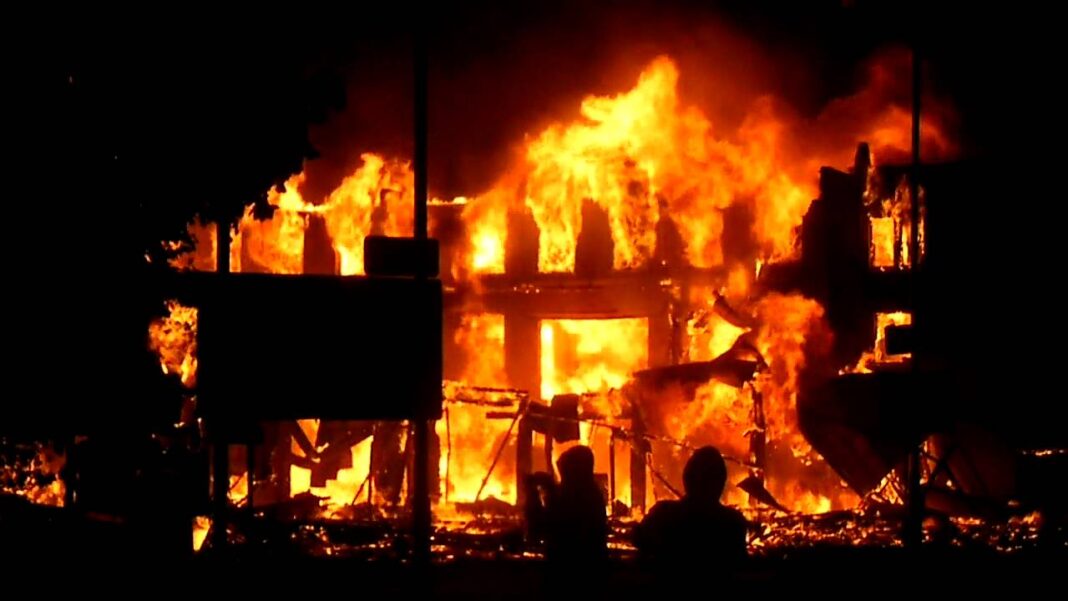 reports that this is coming amidst rising tension over the forthcoming local government election in the State.

This is as many aspirants in Nsukka Council Area, under the platform of the party, have been crying out over the alleged hijack of the process by the party hierarchy, in favor of a particular candidate.

Barely 24 hours ago, some youths in the area also took to the streets, during which some of them were arrested and now being detained at the State CID, Enugu.

Mr. Fabian Onah, PDP chairman in Nsukka LGA, who confirmed the inferno, while speaking to journalists, said he was informed in the morning that part of the building was set ablaze.

He said, “When I got the call, I immediately rushed to the party office to see for myself the level of the inferno and damages done by the incident.

“The target was my office as everything in my office was destroyed by fire.

“All the chairs, tables, documents and other office equipment were destroyed.”

He said that he was told the arsonists scaled the party office, broke up the window blinds, poured petrol, put fire and the office went up in flames

“I wonder what is the intention of those behind putting the PDP office on fire.

“Other parts of the party office were not touched as those behind the crime concentrated in my office where vital documents were stored,” he said.