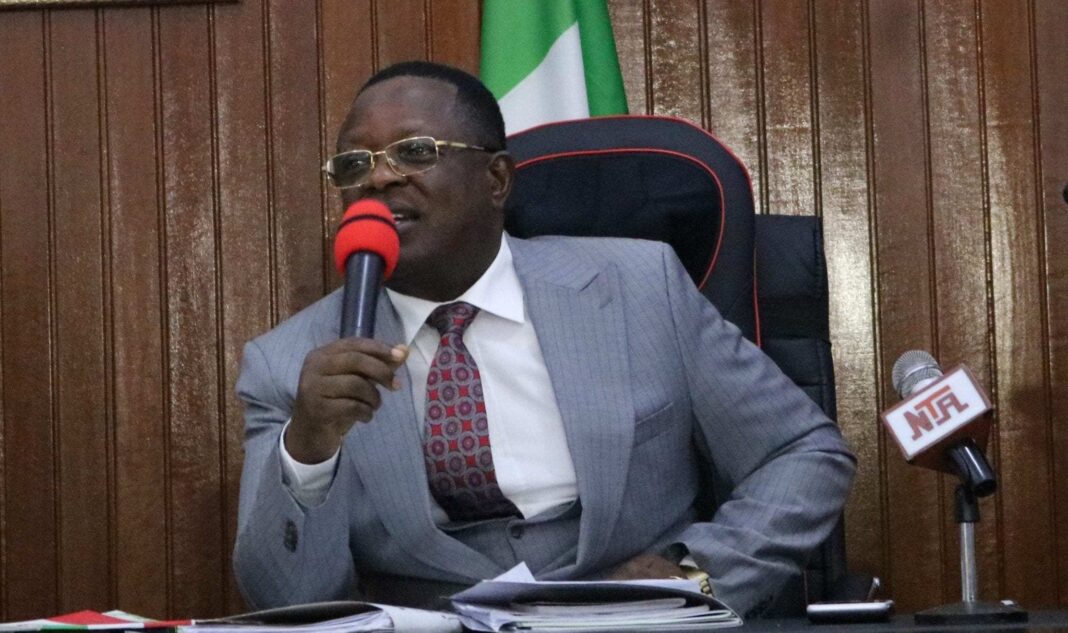 The Governor of Ebonyi State, David Umahi has directed the re-opening of courts in the state from Monday, June 29.

The governor had ordered the closure of courts following the outbreak of Coronavirus pandemic.

wowplus recalls that the governor ordered the closure of all courts when he announced the first death recorded from the pandemic in the state.

The governor had also directed all judicial officers and their families to immediately undergo the COVID-19 test.

He also directed the state COVID-19 committee to get all the courts fumigated, with a repeat of the exercise after 10 days.

However, the Governor in a statement signed by Mr. Uchenna Orji, the state Commissioner for Information and Orientation on Saturday ordered that the courts be reopened, NAN reports.

Orji advised the public to be aware of the development.

According to him, the decision to re-open the courts was reached after the governor’s consultation with the state’s Chief Judge.

”The governor, however, emphasized the need for individuals to strictly observe the wearing of face masks and observe social distancing, while conducting their private or public businesses,” the statement read.