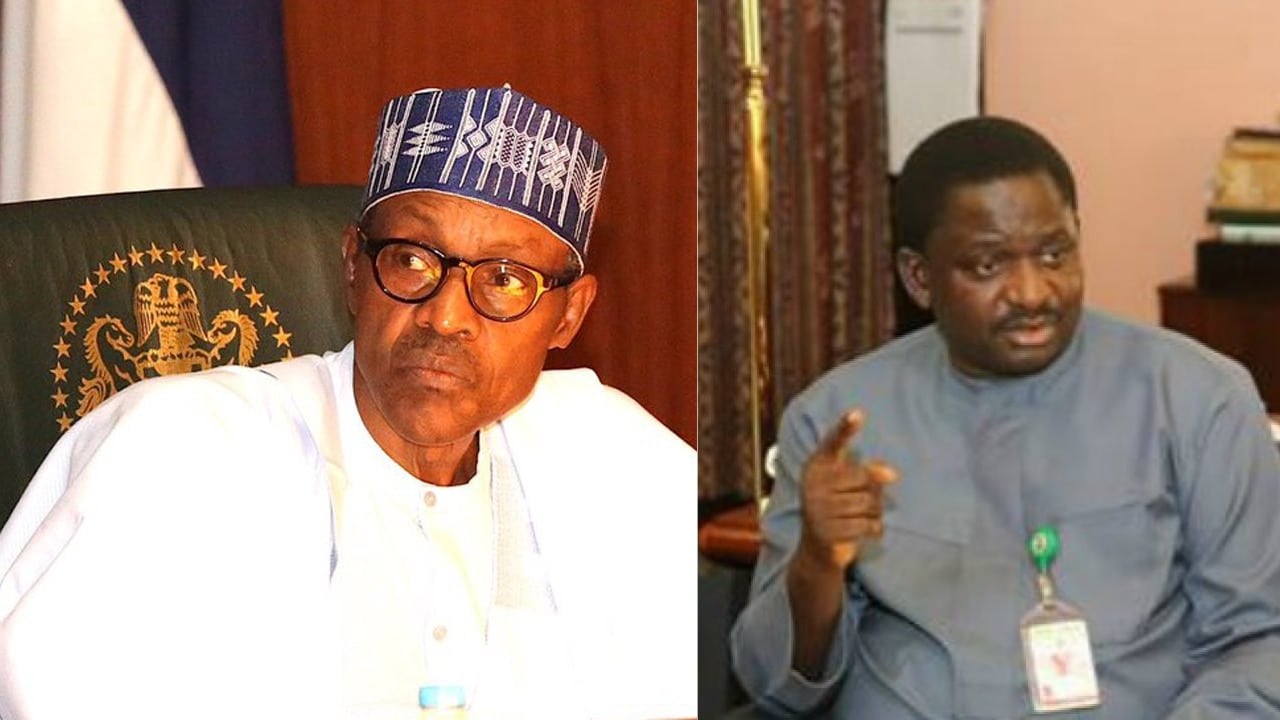 Nigeria news : Boko Haram Buhari, Adesina under fire for attacking CAN over Lawan Indimi’s execution, Nigeria Christian Graduate Fellowship (NCGF) has lambasted the Special Adviser to President Muhammadu Buhari on Media and Publicity, Femi Adesina, for attacking the Christian Association of Nigeria (CAN), following its reaction to the murder of Reverend Lawan Andimi by Boko Haram.

Andimi, the Chairman of CAN in Michika Local government area of Adamawa state by Boko Haram, was beheaded by the insurgents.

CAN on Thursday rejected the reaction of President Buhari to the killing.

Buhari, who described the murder as cruel, inhuman and deliberately provocative, expressed sorrow that the terrorists went on to kill the religious leader while giving signals at the same of a willingness to set him free by releasing him to third parties.

But CAN stated that Christians were tired of the usual press releases and condemnations which have failed to make any meaningful impact.

Adesina in a post on his Facebook page on Friday accused the Christian leaders of labeling Buhari an “anti-christian”.

In its reaction, the NCGF said it understood the tragedy of a man hired to market a bad product.

The Christian group asked Adesina to inform Buhari to tell Nigerians what was special about his Service Chiefs that he had retained them despite Nigeria’s insecurity.

A statement by NCGF President, Prof Charles Adisa, and Onyenachi Nwaegeruo, the General Secretary, reads: “If this puerile defense is coming from another government spokesman like Garba Shehu, we would not have bothered to reply, but would have dismissed it as one from those who don’t understand the pains the church leadership is passing through having its members being systematically decimated on daily basis without those in authority responding adequately to the change.

“But to come from one who ought to know the truth and say the truth is worrisome. We are further worried that when it comes to insulting the church leadership by the government it is always through those that are said to be Christians in the corridors of power. If it is not Femi Adesina it must be Lauretta Onochie just to please their master.

“Only last week in the interfaith meeting in Abuja, the Sultan boldly accused governments of cowing religious leaders and traditional rulers in the country preventing them from playing their role. Garba did not pick on the Sultan. If it was CAN president either Adesina or Lauretta would have hushed him. What a show of disrespect to men of God.

“Now to vitriolics from Adesina on matters complained about in the CAN’s press conference, but before that may we observe the deception on Adesina”s so-called “feelings of humanity” over the death of Rev. Adinmi. Quoting the 16th-century classical poet, John Donne, he said “I am not mourning Rev. Adinmi because he is a Christian, but because any man”s death diminishes because I am involved in mankind”.

“That sounds human on the face value, but Adesina’s response to the Christian communities who are being killed and dispossessed of their ancestral lands is for them to surrender their inheritance for their life. This is a feeling of humanity without a sense of justice. For Adesina the dictum: your land or your life is a philosophy that agrees with his humanity. But this is ungodly.

“On the argument that President Buhari sympathized and sympathizes with bereaved families, should it not be a worry to the president’s image maker that theirs have become a government of condolence. Can he count how many such condolence messages he has released in the last four years over avoidable calamities if the government is serious?

“CAN said that Rev. Adinmi stayed two weeks with his captors and called on the government to come to his aid. Does it not worry Adesina that rather than take the step to rescue the preacher, the government was quick to send condolence messages to the family. Which is more important? To rescue the victim or sympathize with the family.

“I am sure the President is waiting to see the video of the beheading of another Christian that Adesina would be instructed to issue condolence statement and condemn the killers. Of course, that is cheaper than paying Ransome. We are wary of pontification by likes of Adesina on the conduct of men of God as if the responsibility to be truthful is the sole prerogative of the clergy.

“Every man, including those in political position are enjoined to speak truth always. But to dish out half-truths and sometimes blatant lies or willful denial of facts by government and it’s agencies and turn around to accuse the clergy of promoting lies is the height of hypocrisy which is common with this administration.

“One would have expected that Adesina would have soberly reflected over the concerns of CAN and advise his boss appropriately rather than engage on insults to the Association.
Perhaps, he does not know that sincere advice to the boss is part of the image-making program. We think government image-makers should go on refresher courses to understand the need to advise the boss rather than always wanting to do the biddings of the boss.

“On the issue that CAN is insinuating that Buhari is “antichristian”, is Adesina blind or is he willfully choosing not to hear or see what everybody is seeing or saying. From the opposition parties to a section of those in government down to civil society groups and socio-cultural groups in the country, is it not a common refrain that the president is running a sectional and sectarian agenda?

“Oh, Adesina would have preferred CAN be keeping quiet over obvious truth. Has not even the international community made the same observation. Was it not why the same Adesina reacting to the position of Britain on a national issue retorted that Nigeria cannot take orders from Britain.

“Come to think of it why can’t the image makers advise Mr President to look into the national complain of the need to review his security management policy with the view to changing his team in order to rejig the system.Why is Mr President giving himself out as one who does not listen to public opinion?

“It is unfortunate that president’s spokesmen do not understand the power of public opinion, but are well schooled in the opposite which is propaganda. Mr Adesina should know that propaganda does not sustain any system for too long.”