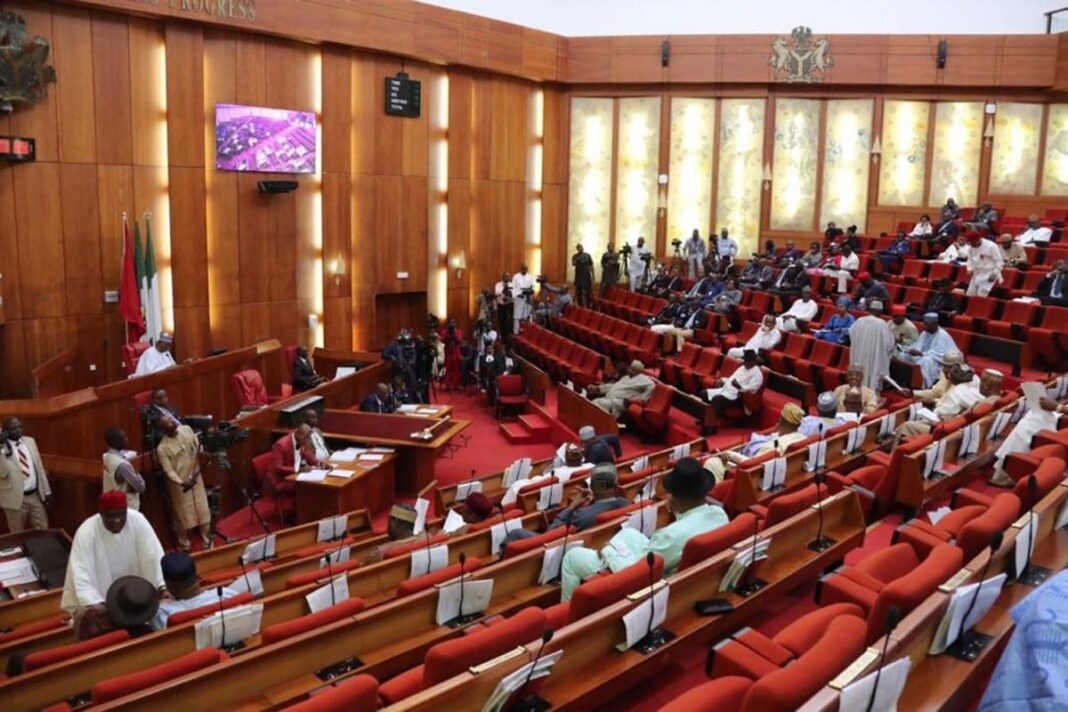 The Senate on Tuesday urged security agencies to arrest and prosecute perpetrators of electoral violence in the Kogi and Bayelsa elections.

NAN reports that the call by the Senate followed the adoption of a motion on “Curbing Electoral Violence.”

The motion, which was brought under Order 42 and 53 of the Senate rule was sponsored by Sen. George Sekibo (PDP Rivers).

Sekibo, while presenting the motion at the plenary noted that that election was an integral part of democratic process that enables the citizenry determine fairly and freely who should lead them periodically at every level of government .

According to him, it has become imperative that every Nigerian must
be involved in curbing the excesses of the high pace of electoral violence in the country.

Contributing to the debate on the motion, the Senate Minority Leader, Enyinnaya Abaribe, (PDP Abia), expressed concerns that the security agencies had not practically arrested those who perpetrated violence in the Bayelsa and Kogi elections.

Similarly, the Senate Leader, Abdullahi Yahaya, (APC Kebbi), called for enactment of a law that would effectively help curb electoral violence in the country, tasking politicians to disregard party affiliation and jointly find solution to the problem.

The Senate further resolved to condemn the spate of killings in election related violence in the country.

It also observed a minute silence in honour of those that lost their lives in just concluded Bayelsa and Kogi elections and previous elections.

It further urged the National Orientation Agency(NOA) and Independent National Electoral Commission(INEC) to carry out continue campaign against electoral violence in subsequent elections.

In his remarks, President of the Senate Ahmad Lawan described the motion as timely and very important, saying that no ”party is free from the blame over electoral violence.”

He urged all politicians to turn a new leaf and join in the campaign to enlighten the electorate to come to the understanding that politics as a game of ideas.

Lawan insisted that the security agencies should arrest and bring to justice all those that caused mayhem in the last polls in Bayelsa and Kogi, arguing that people must pay the price of their actions.

“The minority leader and the Senate leader spoke the minds of all of us here; no party is free from this blame.

“I believe that those who perpetrated violence, especially in the last elections in Bayelsa and Kogi should be apprehended and prosecuted.

” I believe that this is the way to go; people should pay the price of their actions”, he said.