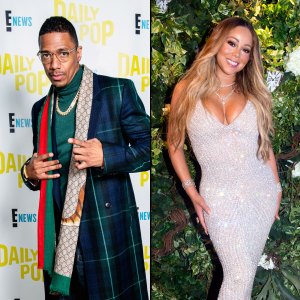 Nick Cannon was among the celebs who reacted to his ex-wife Mariah Carey’s diva-like take on the viral #BottleCapChallenge.

The five-time Grammy winner posted a video on Sunday, July 7, captioned “Challenge accepted!” that showed her wearing a fitted black dress with a silver buckled bodice as she did some preparatory martial arts-style moves and zoned in on a bottle. But instead of doing the round kick that others including Jason Statham and John Mayer have executed with precision, the “GTFO” singer put her hand to her ear and delivered a trademark high note, spinning the cap right off the bottle.

“Hilarious!!!!” commented Cannon, 38, who was married to Carey for eight years until 2016 and shares twins Moroccan and Monroe, 8, with her. 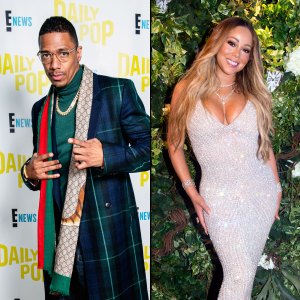 “This is what they call a win,” Ruby Rose also commented, while Rita Ora added, “You win hands down.”

The challenge began at the end of June when UFC fighter Max Holloway kicked the top off a bottle with his foot in a video posted to his Instagram and then challenged Mayer, 41, to do it.

The “Your Body Is a Wonderland” singer succeeded with Statham, Ellie Goulding, David Spade, Diplo and boxer Conor McGregor all following suit.

Blake Shelton’s attempt, meanwhile, ended in an epic fail, with the country crooner, 43, sending the contents of his bottle of Smithworks vodka (his own brand) flying. “Oh, god. What have I done? What have I done?!” he wailed earlier this week as he cradled the bottle in his arms.

The Voice coach then challenged Adam Levine and Aviation Gin owner Ryan Reynolds. The Deadpool actor responded with a funny video on Wednesday, July 3, that showed the bottle traveling through various cityscapes before arriving at his trailer. But his take on the trend failed spectacularly when he broke the glass bottle. And quickly ran out of his trailer.

I didn’t want to do this…..but then @jasonstatham be feeling too cool with himself. Bet y’all didn’t know that I’m a black belter.