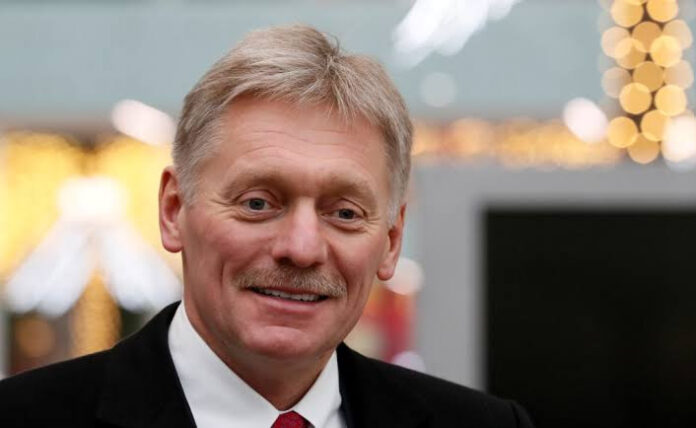 The Kremlin has reacted to Ukraine’s president, Volodimir Zelenskyy’s visit to the White House on Wednesday, December 21.

During the visit Zelenskyy received assurances from the US president Joe Biden that it will receive billions of dollars in military aid including the much revered Patriot missile defence systems.

Kremlin spokesman, Dmitry Peskov speaking on Thursday,  December 22 said neither the  US President, Joe Biden nor his Ukrainian counterpart Volodymyr Zelensky showed “a potential willingness to listen to Russia’s concerns” during Zelensky’s historic visit to the United States on Wednesday.

“So far, we can state with regret the fact that neither Biden nor Zelensky has spoken any words that can be perceived as a potential willingness to listen to Russia’s concerns,”

At no point was Zelensky issued with a warning “against continuing the barbaric shelling of residential buildings in the settlements of Donbas,” said Peskov.

Donbas covers much of eastern Ukraine, and has been the front line of the country’s conflict with Moscow since 2014.

Peskov added that “there were no real calls for peace.” But during his address to the US Congress on Wednesday, Zelensky did stress that “we need peace,” reiterating the 10-point plan for peace devised by Ukraine.

Also read: What to watch for when the full House Jan. 6 committee report is released today

He also called on US lawmakers to “strengthen sanctions” against Russia to make the country “feel how ruinous its aggression truly is.”

Peskov told journalists, however, that Wednesday’s meeting showed the US is continuing to wage a proxy war of “indirect fighting” against Russia down “to the last Ukrainian.”