President Donald Trump, during an event at the White House honoring Navajo code talkers Monday, referenced his nickname for Sen. Elizabeth Warren, “Pocahontas,” a label he has long used about the Massachusetts Democrat.

“I just want to thank you because you are very, very special people. You were here long before any of us were here,” Trump said. “Although, we have a representative in Congress who has been here a long time … longer than you — they call her Pocahontas!”
He then turned to one of the code talkers behind him, put his left hand on the man’s shoulder and said: “But you know what, I like you. You are special people.”
Trump did not name Warren. 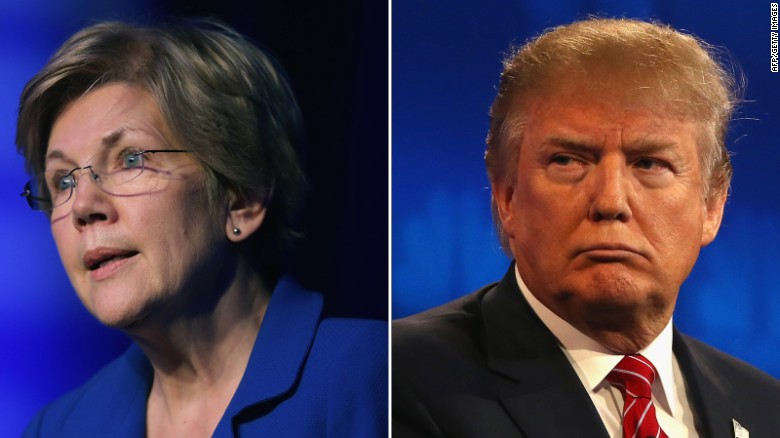 Here’s the deal with Elizabeth Warren’s Native American heritage
The comment, met with silence from event attendees, revives an insult the President has long thrust upon Warren but restated during a high-profile meeting with the Native American war heroes.
“It is deeply unfortunate that the President of the United States cannot even make it through a ceremony honoring these heroes without having to throw out a racial slur. Donald Trump does this over and over thinking somehow he is going to shut me up with it. It hasn’t worked out in the past, it isn’t going to work out in the future,” Warren told MSNBC shortly after Trump’s remark.
Pocahontas was a historical figure from the 17th Century and using her name in an intentionally disparaging way insults native peoples and degrades their cultures. The largest Native American advocacy group has said that is why it has condemned the President’s usage in this manner.
Looking on as Trump derided Warren and heralded the three Navajo World War II heroes was a portrait of Andrew Jackson, a former president who signed the Indian Removal Act of 1830. The act allowed the federal government to remove Native Americans from their land.
The act allowed the federal government to remove Native Americans from their land. Among the results was the “Trail of Tears,” when roughly 17,000 Cherokees were forced out of Georgia at gun point and moved to present-day Oklahoma. Thousands of Cherokees died on the journey.
White House press secretary Sarah Sanders said Monday the use of “Pocahontas” was not a racial slur and that it “certainly was not the President’s intent” to use a racial slur.
“I don’t believe that it is appropriate” to use a racial slur, Sanders said during her daily briefing, but added that she didn’t think Trump’s comment was such a slur.
Sanders then targeted Warren, saying that “the most offensive thing” was Warren claiming to be Native American.
“I think Sen. Warren was very offensive when she lied about something specifically to advance her career, and I don’t understand why no one is asking about that question and why that isn’t constantly covered,” Sanders said. 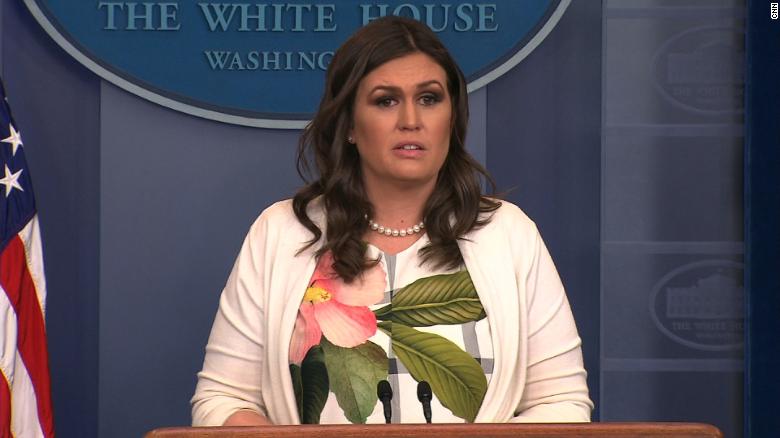 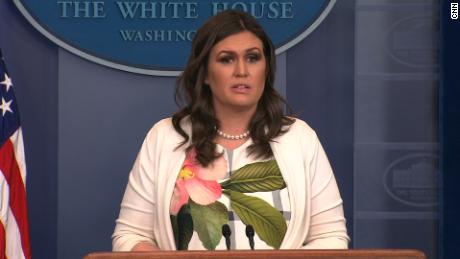 White House: ‘Pocahontas’ not racial slur 02:02
Navajo Nation President Russell Begaye said in a statement that he appreciated “the honor and recognition that has been bestowed upon the Navajo Code Talkers” but noted “all tribal nations still battle insensitive references to our people.”
“The prejudice that Native American people face is an unfortunate historical legacy,” Begaye said. “As Native Americans, we are proud people who have taken care of this land long before there was the United States of America and we will continue to fight for this Nation.”
The National Congress of American Indians — the largest and oldest group representing Native Americans — has condemned Trump’s use of “Pocahontas” to deride Warren, noting that the famed Native American was a real person whose historic significance is still important to her tribe, the Pamunkey Indian Tribe in Virginia.
“We cannot and will not stand silent when our Native ancestors, cultures and histories are used in a derogatory manner for political gain,” Jacqueline Pata, the group’s executive director, said earlier this year after Trump called Warren “Pocahontas” at a speech before the National Rifle Association.
Conservatives have previously criticized Warren for claiming that she is part Native American, and the senator’s heritage became an issue during her Senate campaigns.
Trump has seized on the attacks and has regularly called Warren “Pocahontas.” The attack dates back to his 2016 campaign.
“Pocahontas is at it again,” he tweeted in June 2016. “Goofy Elizabeth Warren, one of the least productive U.S. Senators, has a nasty mouth. Hope she is V.P. choice.”
He added, “Crooked Hillary is wheeling out one of the least productive senators in the U.S. Senate, goofy Elizabeth Warren, who lied on heritage.”
And earlier this month, he added, “Pocahontas just stated that the Democrats, lead by the legendary Crooked Hillary Clinton, rigged the Primaries! Lets go FBI & Justice Dept.”
He has also used the nickname privately.
Sources told CNN earlier this year that during a meeting with senators at the White House, Trump taunted Democrats by saying “Pocahontas is now the face of your party.”
Trump has routinely given his political opponents nicknames, but the slight against Warren is one of his most culturally insensitive.
Warren says she is, in fact, part Native American, citing “family stories” passed down through generations of her family.
“I am very proud of my heritage,” Warren told NPR in 2012. “These are my family stories. This is what my brothers and I were told by my mom and my dad, my mammaw and my pappaw. This is our lives. And I’m very proud of it.” 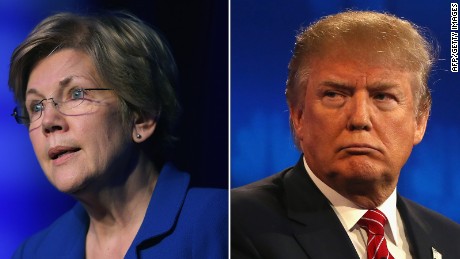 Teen made 911 report that preceded policeman killing him, investigators say