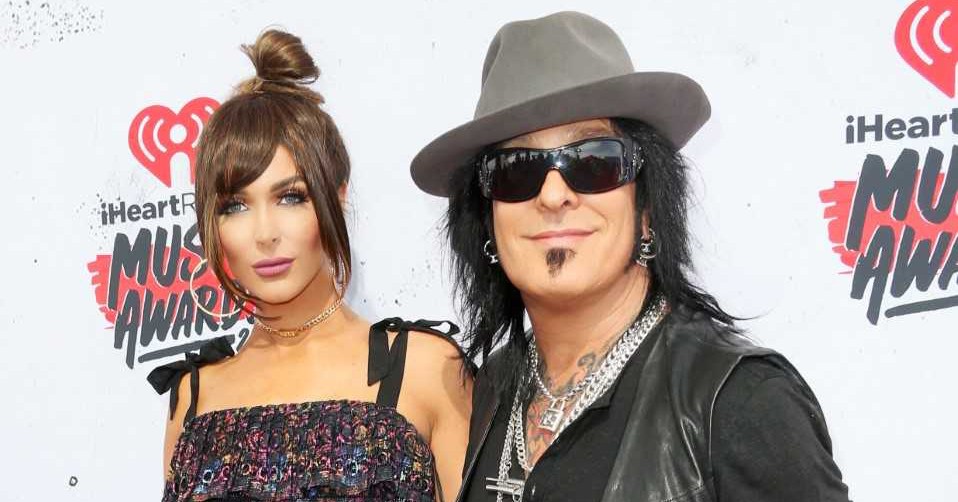 Baby on board! Mötley Crüe bassist Nikki Sixx and How2Girl Courtney Sixx are expecting their first child together, Us Weekly can exclusively confirm.

“We are over the moon excited to be having a baby! Nikki is going to be the most amazing dad in the world because he already is,” the 33-year-old Hollywood DIY expert tells Us.

While this will be Courtney’s first child, the rocker, 60, is already a father to four children from previous marriages. He shares three kids — Gunner, 27, Storm, 24, and Decker, 23 — with his first wife and a daughter, Frankie-Jean, 17, with his second wife.

In the midst of planning for their baby’s arrival, Courtney is busy working on a luxury flower line with Marks Garden coming out in the spring and Nikki has a Mötley Crüe biopic called The Dirt premiering on Netflix in March that focuses on the group’s rise to fame during the ‘80s.

Us Weekly confirmed that the pair got engaged in November 2012 during a vacation in St. Barts. The couple tied the knot in March 2014 in a ceremony at Greystone Estate in Beverly Hills.

Radar broke the news that the couple are expecting.