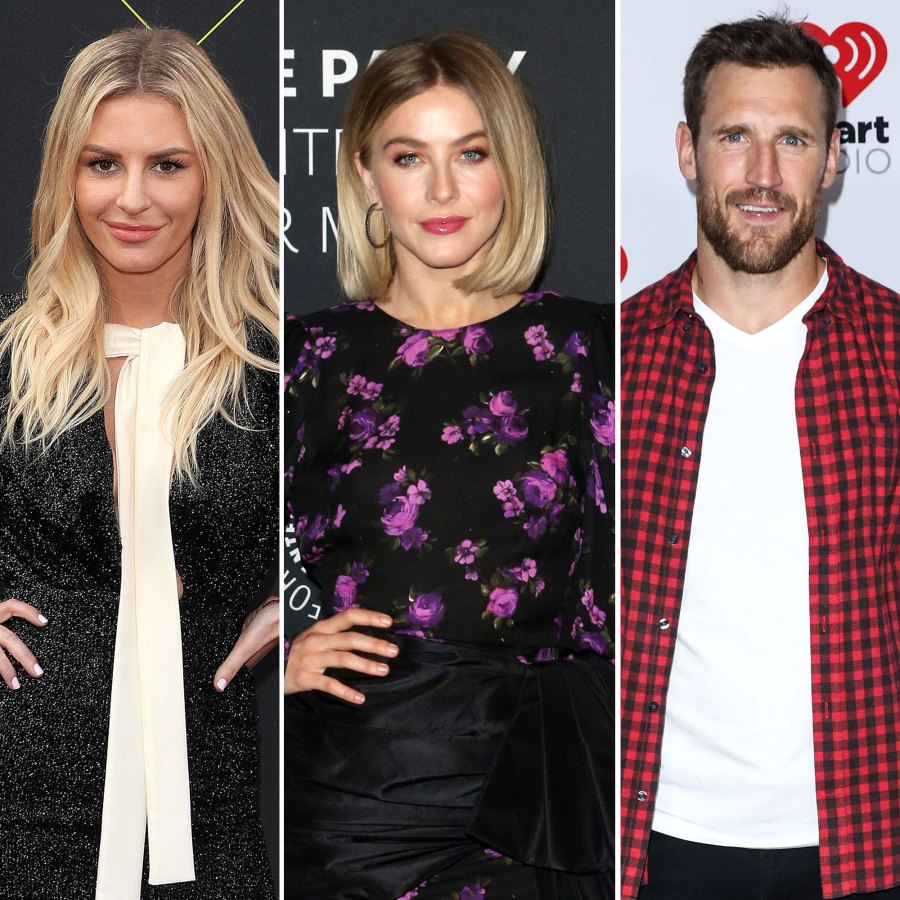 “I feel like that sounds so negative and so mean,” Stewart, 31, said about the couple’s marital issues on Thursday, January 9, during an episode of E! News’ Daily Pop. She went on to note that she wasn’t surprised by Hough, 31, and Laich’s current relationship status.

“I’ve obviously gone through my own struggles in the past year, so I definitely wish them the best,” she added. “I really hope that they can figure out whatever is going to make them the happiest. I just feel like when I met them … I don’t know, I just felt like I’m not surprised.”

Us Weekly broke the news on Wednesday, January 8, that the Dancing With the Stars alum and the hockey player, 36, “were having problems” in December 2019. A source told Us at the time that “everyone knows something is up.”

When it comes to her own marriage, the Rich Kids of Beverly Hills alum filed for divorce from her husband of three years in October 2019. Despite taking some time to heal, she still has her moments of sadness.

“I don’t think you ever think in terms of ‘We’re getting a divorce?’” she admitted during the Thursday show. “You think in terms of ‘Am I going to be here in 15 years? Is this really going to sustain itself? Are we really going to be to get over the hurdles that we have?’ When you start to really doubt that and really not be able to see a future to navigate your way out of the mess you’ve created, it’s just a general feeling that overtakes you.”

The Nightly Pop cohost added: “And you love them and of course you question being alone, and what your life looks like without them.”

Stewart then compared her past relationship to the celebrity couple but pointed out a major difference — the amount of time she and her ex spent together.

“In my particular marriage — I know that these are two working people — we were together for six years, every day,” she said. “Traveled the world together, experienced things that most couples probably don’t get to experience together. We were extremely involved with one another and ultimately it was, like, we’re not functioning as two people that are going to be able to bring children into the world, be together at 45. We just don’t have that.”

Us reported on Wednesday that the couple have “definitely have been going through a rough patch. They have both been in different places for work so they haven’t been able to spend as much time together this past few months.”