Marjorie Taylor Greene Says ‘We Would’ve Won’ If She Organized The Jan. 6 Attack 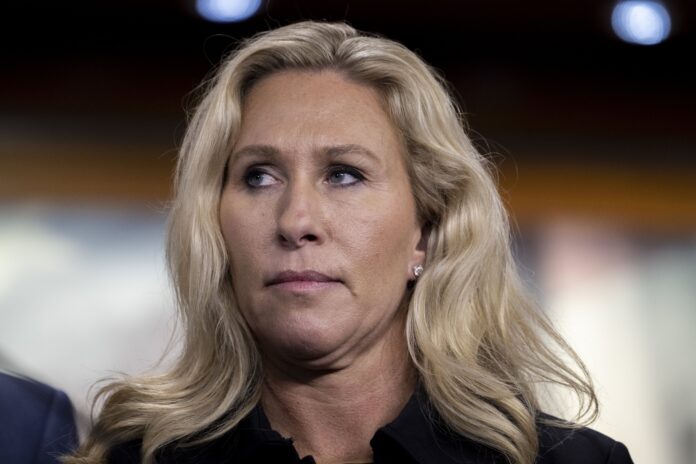 Rep. Marjorie Taylor Greene (R-Ga.) suggested the insurrection on the U.S. Capitol would have been successful if she’d been running the show.

“I want to tell you something. If Steve Bannon and I had organized that, we would have won. Not to mention, we would’ve been armed,” she said of the Jan. 6, 2021, attempt by supporters of then-President Donald Trump to overturn the 2020 election, according to the Southern Poverty Law Center and the New York Post.

Greene made the comment during a speech filled with “one-liners trolling the political left” at an annual gala hosted by the New York Young Republican Club in Manhattan, the Post reported.

The guest list included a range of high-profile right-wingers, including Rudy Giuliani and Bannon, both former Trump advisers, and Donald Trump Jr., who reportedly spoke after Greene. Members of the white nationalist website VDARE, right-wing propaganda group Project Veritas and far-right political operative Jack Posobeic were also at the event.

Last year, Rolling Stone reported that Greene and other far-right members of Congress participated in planning both Trump’s efforts to overturn his election loss and the Jan. 6 events that turned violent, according to people who organized the pro-Trump rallies in Washington, D.C., that preceded the Capitol attack.

Greene has also been a loud advocate for people jailed over their roles in the deadly attack on the Capitol, referring to them as “political prisoners.” Nearly 900 individuals have been arrested in connection to the breach, including over 275 who were charged with assaulting or impeding law enforcement.