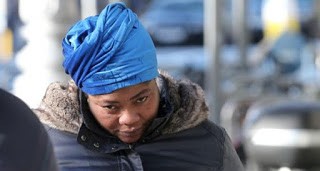 A 51-year-old Nigerian mother of three who forwarded a child pornography clip which showed a child being raped will have her sentencing finalised later this month.

Agbalade told gardaí­ she forwarded the video clip via the messaging platform Whatsapp in a bid to warn a friend about the dangers of leaving her kids alone with her boyfriend, Dublin Circuit Criminal Court heard.

The court heard Agbalade is currently living in temporary homeless accommodation and she has no previous convictions.

Judge Karen O’Connor initially heard evidence in the case last month. On Thursday, November 9, she said she had received a detailed probation report in relation to Agbalade which she wanted time to consider. She said given the nature of the case it required very detailed consideration.

Judge O’Connor adjourned finalisation of the case until November 21st.

Garda Enda Ledwith told Karl Finnegan BL, prosecuting, that he arrested a man in Dublin Airport in July 2017 in relation to credit card fraud. That man’s phone was investigated and the child pornography clip was discovered.

The court heard the clip showed a child between the ages of two and five being raped by a man. Upon further investigation, gardaí­ discovered it is an international clip that has been in circulation since about 2014.

Gardaí­ traced the phone number from which the clip was sent back to Agbalade. When they called the number, Agbalade answered and agreed to meet them at Blanchardstown shopping centre.

She handed over her phone to gardaí­ and admitted to receiving the child pornography clip and sending it on. As well as the male recipient identified by gardaí, she told gardaí­ she sent the clip to a female friend who has three young children in a bid to warn her “not to leave her children with her boyfriend”. That woman has never been identified.

Garda Ledwith agreed with Michael Bowman SC, defending, that Agbalade “didn’t understand the enormity of the situation” when she was interviewed. She told gardaí, “I didn’t know it wasn’t right. I’m sorry.”

Mr Bowman told the court it was a “remarkably unusual” case. He said there was no suggestion Agbalade profited in any way from distributing the video clip, nor was she involved in the generation of the material.

He said the usual circumstances surrounding child pornography distributors, who are usually found in possession of hundreds or thousands of images, were “completely absent in this case”.

The court heard no further material was found on Agbalade’s two phones, which she handed over to gardaí.

Mr Bowman said Agbalade had one teenage child still living with her and two adult sons who were in university. He said she was a single mother, who came to Ireland in 2001. There were “no concerns” regarding Agbalade’s fitness as a mother, he said.

He submitted the stigma of a conviction would be punishment enough for Agbalade.

“She will now be a sex offender and as a mother, that is a significant stigma in the community,” he said. Agbalade “comes to the court absolutely aghast at what she has allowed herself to become involved in”, he added.