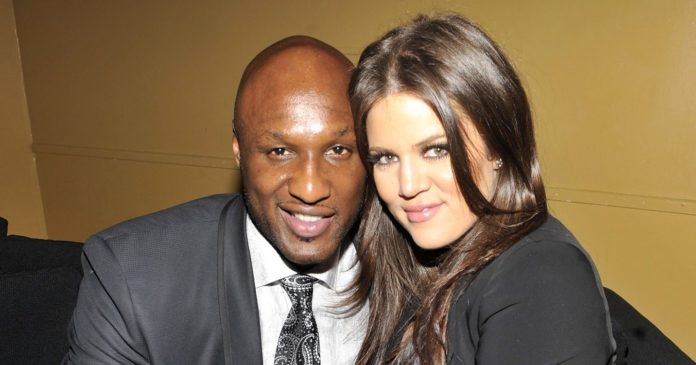 A love he’ll never forget. Despite their tumultuous relationship, Lamar Odom is still not over his ex-wife, Khloé Kardashian.

A source tells Us Weekly exclusively: “Lamar would still love to be with Khloé.” The insider adds that the former NBA player, 39, will discuss the connection he had with the Keeping Up With the Kardashians star, 34, in his upcoming memoir, Darkness to Light, which will be released on Tuesday, May 28.

“He’ll talk about their relationship in the book, his regrets, the highs and the really lows,” the source explains, adding that Kardashian “hasn’t read the book.”

Although the Revenge Body host and the New York native are no longer together, the pair have no issues with each other. “There’s no beef between [them] at this time,” the insider reveals. “He’s always had love for her and her family.”

Odom’s appreciation toward the Good American cofounder resurfaced in February after her then-boyfriend, Tristan Thompson, was caught cheating on her with Jordyn Woods. “Lamar feels really bad about what Khloé is going through,” a second source told Us at the time. “He feels like she doesn’t deserve it and she is such a great mother and partner.”

The insider explained that the former Los Angeles Lakers forward was planning to reach out to the E! star to “let her know he is always there for her.”

Kardashian and Odom got married in September 2009, one month after they started dating. The reality TV personality filed for divorce four years later, but withdrew the papers so she could serve as his caretaker after he almost died from an overdose in October 2015. The Strong Looks Better Naked author filed for divorce for a second time in May 2016, after the athlete recovered, and the split was finalized that December.