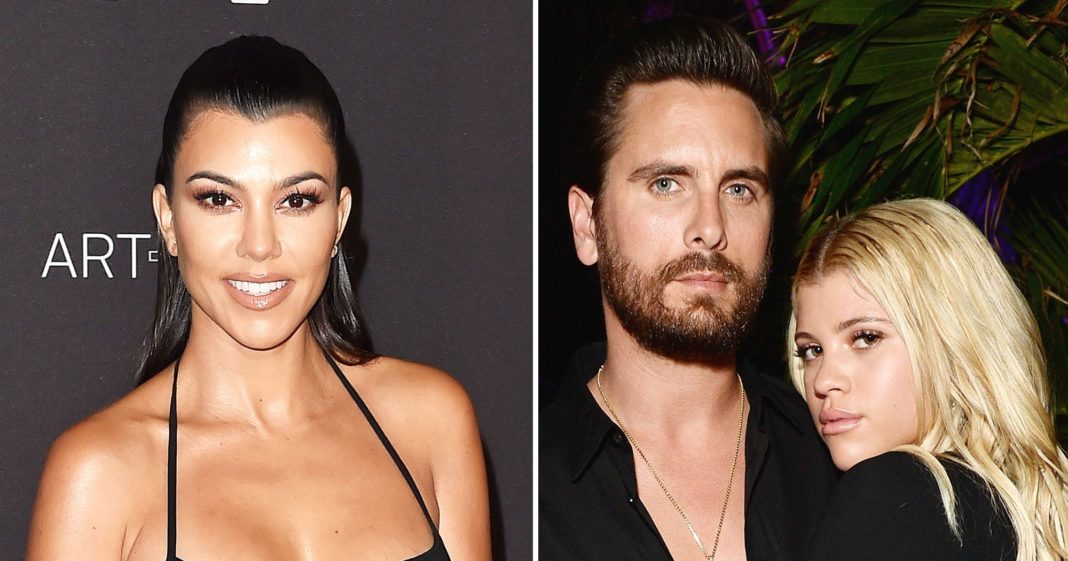 Chill getaway! Kourtney Kardashian kicked off her 40th birthday celebrations with a family trip to Finland — and Scott Disick and Sofia Richie came along for the ride.

The festivities took place during the first week of April and an eyewitness exclusively tells Us Weekly that Kardashian and Disick’s children, Mason, 9, Penelope, 6, and Reign, 4, also joined in on the fun.

The Poosh designer, 39, shared an Instagram Story snapshot of herself hanging out at the luxurious Arctic TreeHouse Hotel in Rovaniemi, Finland, on Sunday, April 7. Studio Puisto Architects, who designed the snowy retreat, reposted the photo via their account on Monday, April 8, and revealed that Kardashian and her crew “stayed in the newly finished executive suite cabins.”

Richie, 20, also appeared to post an Instagram photo from the vacation on Monday. “The North Pole,” she captioned the picture of herself cozying up in a black parka while standing in front of a log cabin. The model also shared Instagram Story videos on Sunday of herself snowmobiling. Just days before the Keeping Up With the Kardashian star took flight with the group, an insider exclusively told Us that “she sees Scott and Sofia all the time” and “they are in a good place.”

The E! personality opened up about her healthy relationship with Disick and the Nip+Fab ambassador while appearing on the Today show in March, noting that they often “travel together” and thinks it’s “a good message to show other people.”

Richie shared a similar sentiment exclusively with Us Weekly in February, noting that the businessman and the reality star are “great” at co-parenting.

Back in December, the group turned heads while vacationing together in Mexico, but a third source told Us at the time that they are “one modern family” and committed to getting along. “Things are totally fine. It wasn’t a surprise that Sofia went away with them — it was a family trip. Sofia and Scott are together, they are in love and she’s part of the family now,” explained the insider. “Everyone really likes Sofia. She’s really sweet and she’s so good with the kids. They all get along.”

Disick and Richie were first linked in the summer of 2017, two years after he and Kardashian called it quits for good.