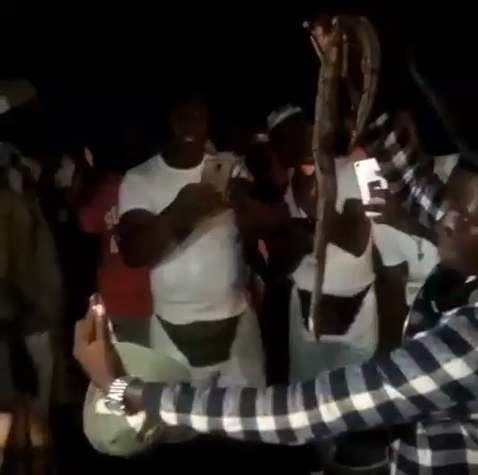 Corp members in Kogi orientation camp have complained that their camp is infested with snakes and they were filmed taking selfies with a snake they killed in their hostel.

According to reports, this is the 4th time this batch of corp members will find a snake in a hostel in Asaya Kabba orientation camp, Kogi, and they have only been in camp for barely 2 weeks.

In the most recent incident, the snake was found in the toilet in the male hostel and was killed by the corp members who then gathered to film it and take photos. 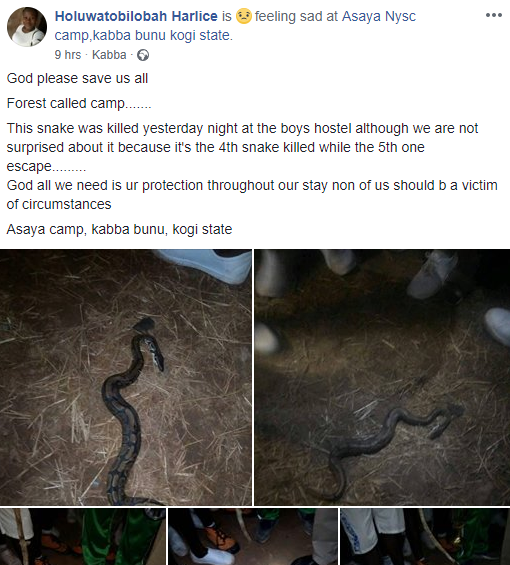